Interaction between proteins is the underlying mechanism for the creation of biological regulatory characteristics. The protein interaction study in live cells is essential as the interaction in a specific cell relies on proteins comprised in the cell and the external agents that stimulate the cell. These protein interactions and their corresponding mechanisms can be visualized directly by bimolecular fluorescence complementation (BiFC) analysis. 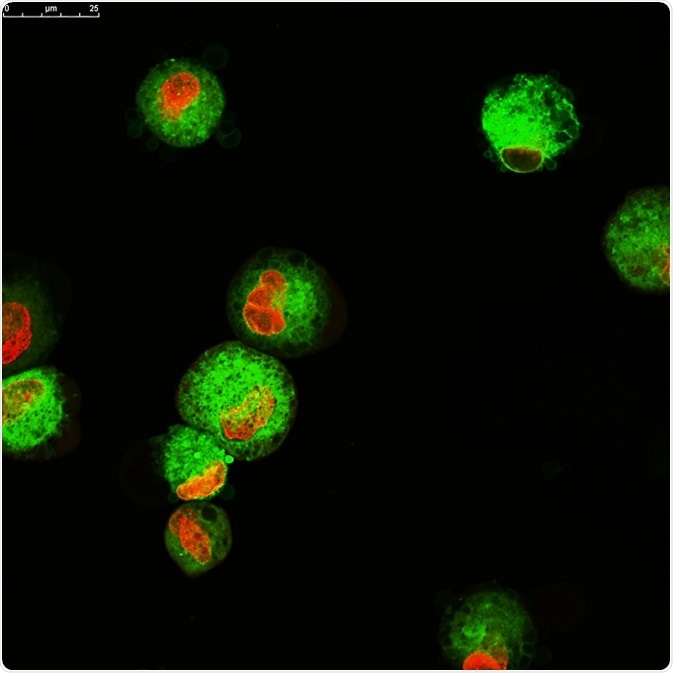 The BiFC assay involves the fusion of two non-fluorescent fragments of a fluorescent protein by the interaction of the proteins merged to the fragments. Several protein interactions have been analyzed by utilizing BiFC assay in various organisms and cell types. This assay is technically easy and is functional with standardized molecular biology and cell culture reagents and flow cytometer or fluorescence microscope. Consequently, BiFC is most widely used in analysis of protein–protein interaction and possess various important advantages.

The BiFC analysis offers a high sensitivity with minimal background since recovery of fluorescence requires protein–protein interaction by fusion of two truncated fluorophores and thereby allowing the direct visualization of proteins in the cells. This is considered as a major advantage over other techniques based on fluorescence, e.g., FRET. Moreover, some of the limitations of BiFC assay such as slow maturation time of fluorophore and irreversible complex formation by the fragments are considered to be advantageous. For instance, a constitutive activation of complex protein formation occurs on using an enzyme and an activator in BiFC, which then can identify the proteins that are involved in the complex formation. Moreover, the BiFC complex’s irreversibility supports in detecting weak or transient interactions.

Various features of BiFC assay make it useful and valuable for numerous protein interaction studies. As the fluorescence is inherited by the protein complex, BiFC analysis does not need any specific treatment with reagents for the cell. The technique also does not involve cell fixation or lysis procedure, and thereby facilitates imaging of the subcellular localizations of interactions of a protein of interest with fewer disturbances to the natural cellular environment.

The assays can also be easily customized for various cellular conditions. The procedure is comparatively simple with rapid visualization, and the imaging can be presented along with a normal epifluorescence microscope. Proteins do not require large quantities to form a complex in BiFC, which is also capable of detecting interactions within the subsets of proteins.

The proteins fused with fluorophores are expressed in their normal cellular circumstances preferably at levels of the endogenous proteins. They also, like native proteins, undergo post translational modifications in BiFC assay.

The multicolor BiFC assay allows concurrent imaging of several protein complexes within the same cell and qualifies the competitive analysis between the other interacting partners for formation of a complex with a common subunit. Finally, there is no requirement of specialized equipment except for the inverted fluorescence microscope which is equipped within an objective lens that images the fluorescence in cells.

Merits based on proximity

Based on proximity, the various merits of BiFC assays are as follows:

Comparative advantage of BiFC over FRET and BRET

In FRET analysis, the fluorophores of the two interacting proteins are necessary to be brought in close proximity, whereas in BiFC, association between protein fragments can be eased as the two proteins are presented in the same macromolecular compounds. Even when there is no direct contact between the proteins, BiFC assays produce positive signals to the proteins in the same compound.

FRET analysis is also a useful method to study protein interactions, but it suffers from some technical issues. FRET method provides less sensitive analysis of protein interactions as small fractions of interacting proteins combine with each other at any time. Also, it requires both donor and acceptor with the same luminousness and cell stoichiometry. But BiFC is distinctive from FRET as it consists of little background fluorescence, high overexpression is not necessary, and can identify even evanescent interactions.

Another technique similar to FRET is bioluminescence resonance energy transfer (BRET) method that uses an enzyme as a donor. In general, BiFC is a beneficial method to visualize protein interactions to obtain great understanding of the locations of such interactions in subcellular compartments.