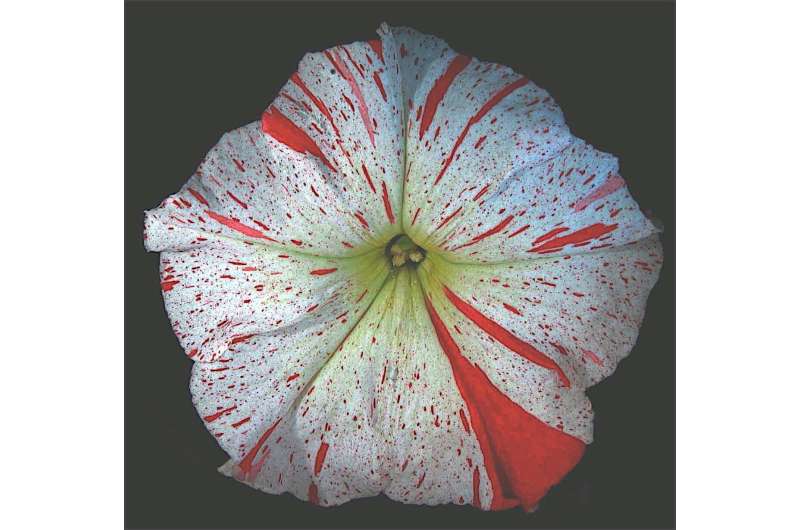 If you’ve ever seen a petunia with artfully variegated petals, then you’ve seen transposons at work. The flower’s showy color patterns are due to transposable elements, or DNA sequences that can move locations within a genome. Yet when it comes to transposons’ effects on humans, the results might not be as lovely or desirable.

As researchers learn more about these so-called mobile genetic elements, they’ve found increasing evidence that transposons influence and even promote aging and age-related diseases like cancer as well as neurogenerative and autoimmune disorders, says John Sedivy, a professor of biology and director of the Center on the Biology of Aging at Brown. Sedivy is the corresponding author of a new review article in Nature that discusses the latest thinking and research around transposons.

“Let’s put it this way: These things can be pretty dangerous,” said Sedivy. “If they are uncontrolled, and there are many examples of that, transposons can have profound consequences on most forms of life that we know of.”

Since the dawn of life, the researchers noted, transposons have coevolved with their host genomes, but it’s been more of a competitive existence than a peaceful one, earning them the nicknames of “junk DNA” and “molecular parasites.” Transposons were first discovered in corn by the Nobel prize-winning geneticist Barbara McClintock in the 1940s, who also found that depending on where they inserted into a chromosome, they could reversibly alter the expression of other genes.

It is now quite apparent that the genomes of virtually all organisms, including humans, contain repetitive sequences generated by the activity of transposons. When these elements move from one chromosome or part of a chromosome to another, they amplify and increase their presence in genomes, sometimes to dramatic levels. According to Sedivy, “about half of the human genome is due to the activity of these molecular parasites.” Their unregulated activity can have long-term benefits by increasing genetic diversity in organisms, but in most cases the chaos degrades cell function, such as by disrupting useful genes.

Most of what is known about transposons, said Sedivy, comes from genome sequence data that shows their activity in the germline, or throughout successive generations of an organism. However, recent research, including from Sedivy and other scientists at Brown, has revealed a wealth of information on transposon activity during the lifetime of a single individual, as well.

In an interview, Sedivy discussed the mechanisms driving transposons, how their activity influences and promotes age-related tissue degeneration and disease—and what can be done to fight back.

Q. Transposons are mobile genetic elements. How and why do they move?

There are two main groups: ‘DNA transposons’ move using a DNA intermediate in a ‘cut and paste’ mechanism, and retrotransposons move using a ‘copy and paste’ mechanism that involves an RNA intermediate. Thirty five percent of the human genome is comprised of retrotransposon DNA sequences. The reason they move is to survive; it allows them to relocate to and increase their presence in their hosts. You can think of transposons as viruses —there are some viruses that are, in fact, transposable elements. HIV (human immunodeficiency virus) is a perfect example because it uses the retrotransposition mechanism to insert itself into the genome, and then lets the host cell do the replication for it. This means that unless you kill all the cells that HIV has infected, you can’t get rid of it. That’s what retrotransposons do, too. They live in the genome, including the germline so that eggs and sperm carry these genetic elements and pass them along to future generations.

Q. Scientists have known about these rogue genetic elements for awhile, but transposons are an increasingly important area of study. You are the principal investigator of a collaborative project funded by the National Institutes of Health to examine retrotransposon activity. In addition, the NIH has recently issued a call for grant applications to further explore how this activity contributes to aging and Alzheimer’s. What caused this renewal in interest?

Transposons have been studied quite extensively, one important impact in medicine being their role in propagating antibiotic-resistance genes in bacteria. The level of activity in an individual human body, over a single lifetime, was thought to be quite low and of minimal consequence. It’s now become quite obvious that’s not the full story.

Q. What role to transposons play in the aging process?

First of all, it’s important to realize that aging is not an active process. While it might seem that you’re programmed to deteriorate, aging is in fact a successive sequence of failures. Cellular processes and mechanisms become more error-prone over time. Cancer, for example, is a disease of aging because at some point, a fatal error is committed which then propagates and leads to disease. As biologists who study aging, we applied the error and failure theory to retrotransposable elements – and discovered that’s exactly what was happening. It’s now widely appreciated that over a lifespan, these elements become more active in somatic tissues—there’s very good evidence that this is happening. There are multiple surveillance mechanisms that our cells use to keep these elements under control and suppress their activity; several layers of active defense that are necessary to keep the retrotransposons under wraps, so to speak. It appears that aging, or senescent, cells lose some of their ability to control the activity of retrotransposons. The defense mechanisms no longer work as well.

Q. What is the connection between retrotransposons and Alzheimer’s?

The aging brain of a person with Alzheimer’s already shows a significant amount of damage. There’s also reasonably good evidence that the brain, for some reason, is a particularly permissive site for retrotransposon activity, so the retrotransposons can basically have a field day in that tissue because there’s very little that can stop them. So they promote further damage. This is a major topic in our recent review article in Nature. The question becomes: What can be done to limit the activity of these elements?

Q. What has your research shown about pharmaceutical interventions for retrotransposon activity in the brain?

The first class of HIV/AIDS drugs, called reverse transcriptase inhibitors, are effective against retrotransposons in humans. As I mentioned earlier, HIV is actually a retrotransposon. The key enzyme that HIV uses to replicate, its reverse transcriptase, is the same enzyme that all other retrotransposons use—it’s an integral part of their life cycle. Now, even though these enzymes are evolutionarily related, that doesn’t necessarily mean that a drug against one will work against the other. But we discovered that a small subset of HIV/AIDS reverse transcriptase inhibitors are actually quite effective against an important class of retrotransposons called LINE-1. In a paper published in 2019 in Nature, we found that the generic HIV drug lamivudine significantly reduced age-related inflammation and other signs of aging in mice. The next step would be to look at the effects in humans.

Q. Can you talk about the Alzheimer’s clinical trial you are working on with Dr. Stephen Salloway, associate director for the Brown Center for Alzheimer’s Disease Research?

I work on the basic science side, looking at the cellular and molecular processes, and Stephen Salloway is working on the clinical side, testing interventions with patients. We are currently involved in a randomized, double-blind clinical trial to test the effects of a daily oral dose of an HIV retroviral drug on participants with mild dementia due to Alzheimer’s disease. The drug, emtricitabine, is also a reverse transcriptase inhibitor—it’s a newer generation of the same class of drugs as lamivudine, and shows better tolerability and fewer side effects in humans. Because this is a repurposing trial—using a drug for a purpose other than what it’s been prescribed for—the first thing that needs to be addressed is safety. This drug is approved and is currently being used to treat HIV/AIDS in millions of people, but safety and tolerability need to be tested in a geriatric population with mild dementia due to Alzheimer’s disease. That’s the primary objective of this trial, which we’ll be starting at Butler Hospital very soon.

Q. In which other diseases or conditions can retrotransposons be implicated?

Q. Where is the research headed?

Enduring colonialism has made it harder to end...