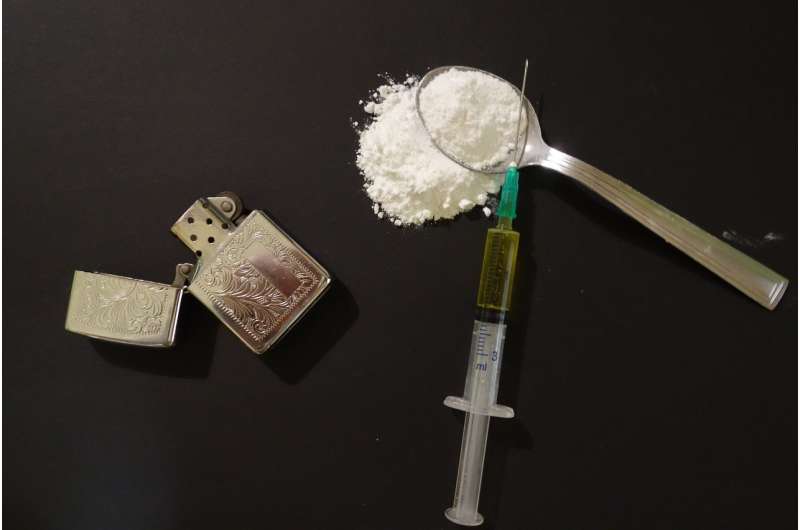 Canada has seen a drastic shift in the unregulated drug supply with the emergence of benzodiazepine-adulterated opioids (also known as “benzo-dope”). Benzodiazepines have been detected in as many as 60 percent of overdose deaths in British Columbia.

Recent data from B.C. has observed a steady rise in opioids testing positive for benzodiazepines between August 2020 and April 2021, from a low of five percent to a high of 25 percent.

British Columbia is not alone in seeing this trend: data from Toronto has shown that this issue is even more prominent. During the same time period, there was an increase from 45 percent to 57 percent in samples containing etizolam, a specific benzodiazepine-like compound.

Commonly prescribed benzodiazepines include drugs like Xanax and Valium. These medications treat a variety of conditions such as anxiety and insomnia and have been used since the 1960s.

However, what is being detected in opioids in Canada are not pharmaceutical drugs. They are drugs from the benzodiazepine class that are neither prescribed nor used in medicine in Canada, meaning they may possess unknown strengths or side-effects. Since benzodiazepines are sedatives, combining them with another type of depressant, like opioids, significantly increases the risk of overdose.

As researchers in substance use, we questioned whether the increasing supply of benzo-dope in the unregulated drug market would saturate the opioid supply in a similar way fentanyl did to heroin years ago. The data seem to suggest we should be prepared for the unregulated drug supply to adjust to a new normal.

In this context, there are significant public health issues that need to be considered.

The increasing availability of benzo-dope is cause for concern given that when taken together, the combined effects of benzodiazepines and opioids can result in overdose and death. According to the B.C. Coroner’s Service, there has been a substantial increase in benzodiazepines detected in illicit drug toxicity deaths, from 15 percent in July 2020 to 60 percent in May 2021.

Most people do not intend to consume benzodiazepines with their opioids. As a consequence, people wanting to use opioids may unknowingly increase their risk of overdose from benzodiazepine adulteration.

Benzodiazepines are also slower to take effect compared to opioids, meaning someone can experience delayed overdose symptoms. Thefts and sexual assaults have also been reported after people were given benzodiazepine-adulterated opioids without their knowledge and consequently knocked into an unresponsive state.

The reason behind the adulteration of benzodiazepines in opioids is unclear. Some suggest they may be added to opioids to produce similar effects at a lower total cost to drug suppliers, or intentionally used to prolong or enhance the desirable effects of opioids. Regardless, there is growing evidence that co-use and dependence on opioids and benzodiazepines is occurring in parallel to the rising supply of these drugs.

Deaths from opioid overdose can be prevented with naloxone, which counteracts the effects of opioids. However, there is no evidence-based antidote to reverse the effects of benzodiazepines without potential consequences such as withdrawal or seizures.

Additionally, due to the complications of benzodiazepine withdrawal, many addiction treatment providers will not admit individuals who test positive for benzodiazepines. As a result, people may not be able to access substance use treatment because of an imposed adulterant to their drugs.

Drug checking services have been implemented across Canada to monitor the unregulated drug supply and provide people with timely information about the contents of their drugs. In many settings in B.C., benzodiazepine test strips are used alongside a technology called Fourier-transform infrared spectroscopy to detect the presence of benzodiazepines. However, limitations of these technologies sometimes cause benzodiazepines to be missed when present in small concentrations.

Etizolam, the most common benzodiazepine-like compound found in opioids, is particularly difficult to detect using point-of-care drug-checking technologies because of its chemical structure. Thus, there may be an under-reporting of how pervasive this issue really is in B.C. and elsewhere in Canada.

A new wave of the overdose epidemic?

There have been a number of crucial life-saving responses to address the fentanyl-driven overdose epidemic, such as supervised consumption sites and expanded distribution of naloxone. However, less attention has been paid to the growing issue of benzo-dope and its associated health harms. As this public health emergency worsens, it is important that we incorporate a broader understanding of overdose risk that goes beyond opioids in our efforts to prevent, treat and respond.