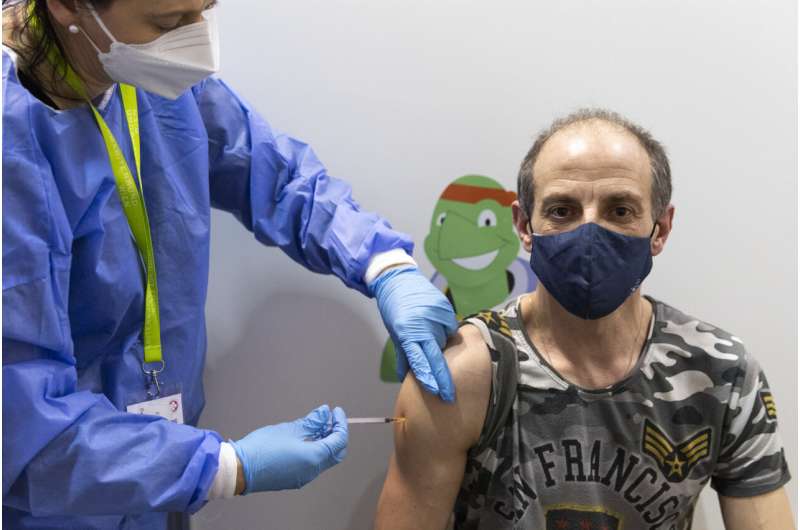 A law requiring most adults in Austria to get vaccinated against COVID-19 is ready to take effect, but the sense of urgency that accompanied its announcement in November has largely evaporated. Few other countries look likely to go as far as attention turns to loosening restrictions.

The Austrian mandate for residents 18 and over to get vaccinated—the first of its kind in Europe—cleared its last legislative hurdle Thursday when parliament’s upper house approved what Health Minister Wolfgang Mueckstein called “a forward-looking and active step.” The president signed the legislation Friday.

It’s expected to become law in the coming days but it will be a while before Austrians notice any practical change. And it isn’t clear when or even whether the toughest part of the plan, which was watered down from the initial proposal, will take effect.

Only in mid-March will police start checking people’s vaccination status during traffic stops and checks on coronavirus restrictions. People who can’t produce proof of vaccination will be asked in writing to do so, and will be fined up to 600 euros ($680) if they don’t; fines could reach 3,600 euros if people contest their punishment and full proceedings are opened.

In a third phase, officials would check the national vaccination register and send reminders to people who still aren’t vaccinated on dates set by the government, leading to potential fines. When and if those methodical checks start depends whether authorities, helped by a commission of experts that will report at least every three months, deem vaccination progress sufficient. 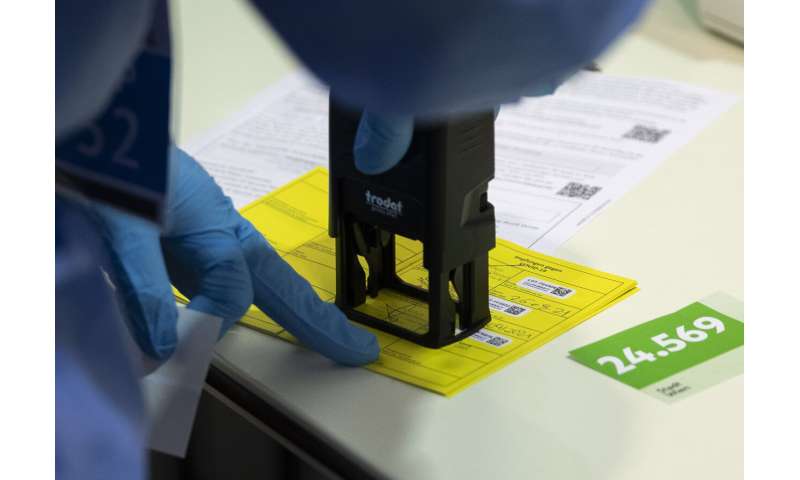 Mueckstein said this week that he can’t name a date. “I would like us not to need phase three at all,” he told Oe1 radio.

The Austrian mandate—which will exempt pregnant women, people who can’t be vaccinated for medical reasons and those who have recently recovered from COVID-19—was first conceived as cases caused by the delta variant surged amid concern that the country’s vaccination rate was low for Western Europe. At present, 69% of the population is considered fully vaccinated.

Officials argue that, even with the now-dominant omicron variant causing milder illness and Austria preparing to ease some coronavirus restrictions, the mandate makes sense. 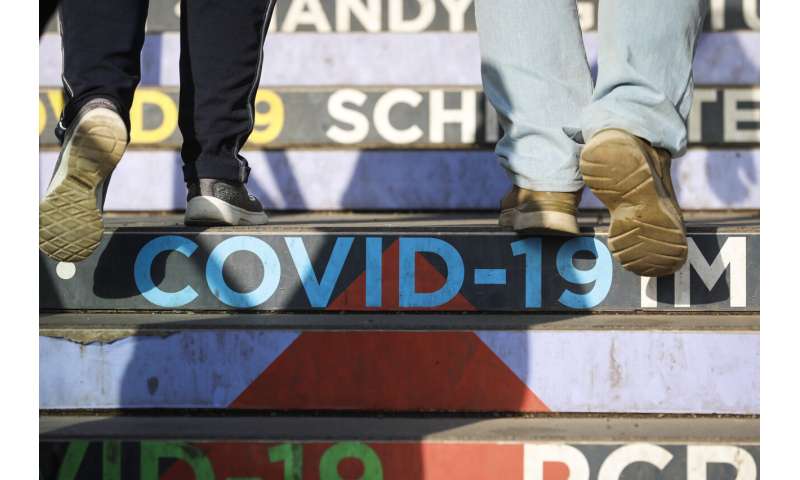 “I don’t really see the added value of the vaccine mandate at this point,” said Gerald Gartlehner, an epidemiologist at the Danube University Krems. He argued that omicron’s highly infectious nature and milder symptoms have changed things and that much of the population now has immunity, either via vaccination or infection.

The mandate differs from the initial plan, which envisioned obligatory vaccinations for everyone age 14 and up, and proposed bringing the national vaccine register into play in March already. It was modified in consultations with groups including two of the three opposition parties in parliament.

Susanne Drapalik, the chief doctor at the Samaritan Federation Vienna who was overseeing the capital’s biggest vaccination center on Friday, said she still thinks more people will get their shots because of the mandate, “especially those who are concerned about the mRNA vaccines.” 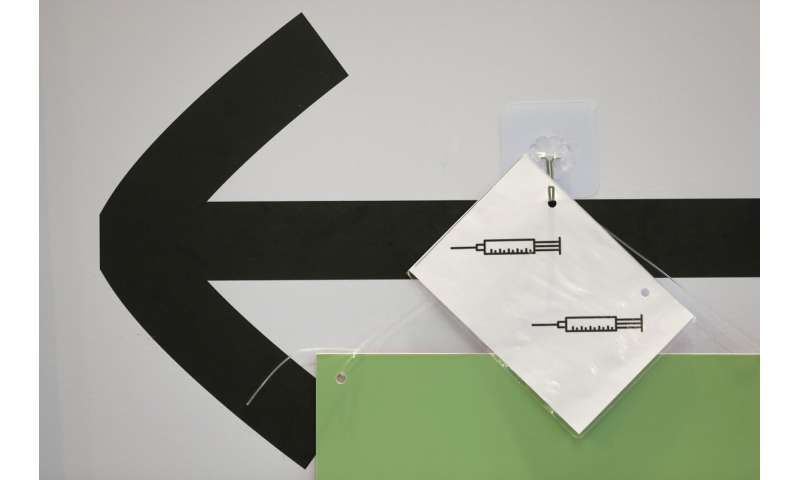 There was a 15-20% rise in first vaccinations in November and December, but it slowed again and “unfortunately we haven’t witnessed the big rush we had hoped for,” she said. “It’s more like a few raindrops. Most people who come here are getting their second and third shots. But we are still hopeful that people can be convinced.”

Elsewhere in Europe, some countries have vaccine mandates for specific professional or age groups, but only Germany is seriously considering a mandate for all adults. And its prospects there have become murkier since Chancellor Olaf Scholz advocated it late last year, predicting that it would take effect in February or early March.

With his own coalition divided on the issue, Scholz left it to parliament to design a mandate in a nonpartisan way. An initial debate last week left open how much support there is for a blanket mandate, how it would work and when any legislation will go to a vote.

Germany does have a vaccine mandate for the military and has approved legislation that will require staff at hospitals and nursing homes to show that they are fully vaccinated or have recovered by mid-March. Even that threatens to be bumpy, with some local officials complaining that they lack the resources to implement it and the rules are unclear. 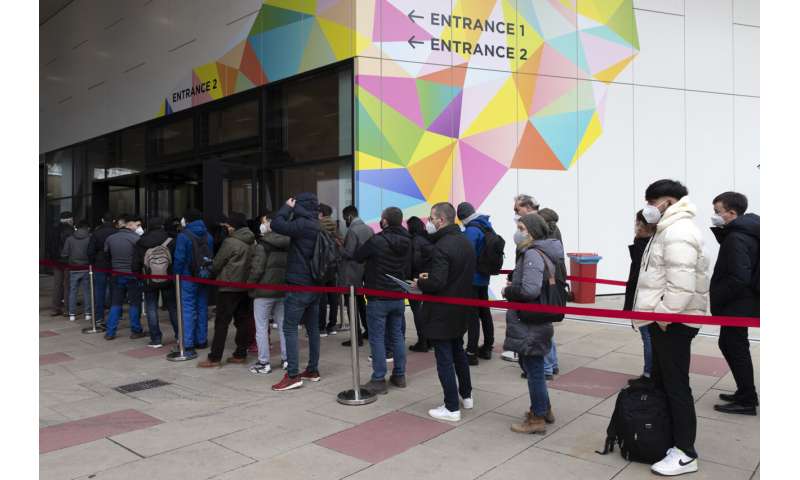 In Britain, vaccination is compulsory for nursing home staff, and the government had planned to expand the requirement to frontline health care workers starting in April. It’s now reconsidering that decision amid concern about staff shortages. Calls last fall for mandatory vaccines in Belgium have faded.

Greece last month imposed a vaccination mandate for people 60 and older. Italy followed this week with a mandate under which anyone over 50 faces a one-time 100-euro fine if they aren’t vaccinated.

Outside Europe, Ecuador announced in December that vaccination against the coronavirus would be mandatory for most citizens.

At present, moves to loosen restrictions are garnering more attention in Europe and beyond amid increasing pandemic fatigue. England, France, Ireland, the Netherlands and several Nordic countries have taken steps to end or loosen their restrictions. In some places, like Norway and Denmark, the easing comes even though case counts are still hovering near their highs. 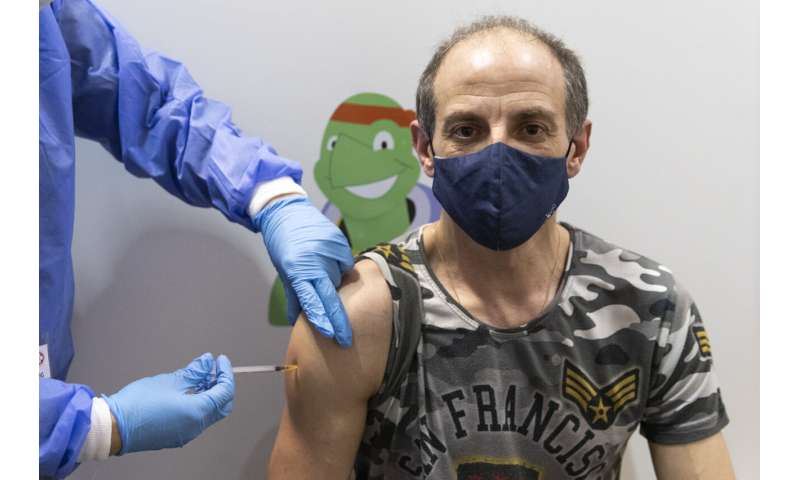 Vaccine mandates have become highly polarizing in the U.S. since President Joe Biden proposed requiring COVID-19 shots or regular testing at every workplace in the country with more than 100 employees. Republicans immediately challenged the mandate in court and it ultimately didn’t survive.

A scaled-back federal measure requiring vaccines for hospital and nursing home workers survived. The U.S. military is also requiring vaccines, and the Army this week said 3,300 soldiers are at risk of being discharged because they refuse to get shots.