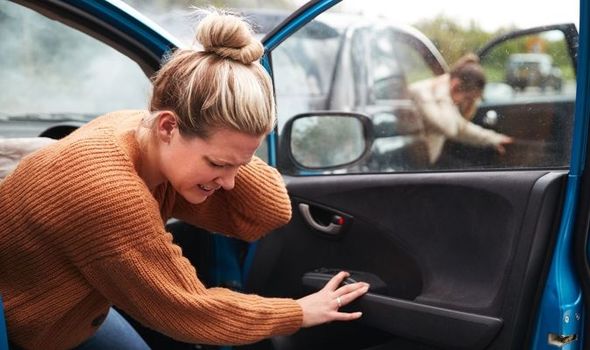 Strictly: Anneka Rice says not choosing own music is 'agony'

Despite facing numerous tasks and adventures over the years on her BBC programme Challenge Anneka, it was in fact learning to dance and the brutal training schedule that went alongside it that left the star feeling “broken and depressed”. The star appeared on Strictly Come Dancing alongside professional partner Kevin Clifton, sadly being eliminated in week three of the show.

Speaking in 2021 to The Mirror about her time on the show and the injuries she left with, the star said: “I was so broken I’d limp back home… into an ice-cold bath. I think on the whole the experience is, in theory, so joyful you forget things like that.

“It’s like childbirth, you just forget… but I was in physio for three months afterwards because I had such bad whiplash.”

Despite injury and having to spend three months in physio, Anneka said that she was determined to dance through the pain because she was “so high on adrenaline”.

But off of the dancefloor, the star spent her time in the Strictly physio’s “whiplash clinic”.

“It brings you down very low because I’d never really been badly injured in my life, considering all the lunatic stunts and things I’ve done,” Anneka continued.

“I obviously wondered whether I’d ever recover. I got quite depressed.”

It seemed that Anneka was not the only individual taking part in the 2019 series of the popular dancing competition who suffered injury, as Paralympian William John Bayley and reality star Jamie Laing also got hurt.

Anneka explained: “Will, who has fused ankle bones anyway, was given a routine where he had to jump from a table, which isn’t necessarily the most sensible thing to do.”

Reflecting on what might have caused her ongoing injuries, Anneka said that it was the rookie mistake of not warming up enough before the lengthy 10-hour rehearsals.

“Kevin and I just had a sausage roll and went for it,” she added.

The NHS explains that whiplash is a neck injury caused by sudden movement of the head. The condition often occurs after a traffic accident, slip or fall.

Common symptoms of the condition include:

The medical body goes on to explain that it can take several hours for symptoms to start after you injure your neck, and after symptoms present themselves it can take two to three months for pain to ease.

Before seeking medical advice, the NHS recommends taking painkillers such as paracetamol or ibuprofen to help with the pain.

Continuing to do everyday normal activities will also help to speed up recovery, even if this may hurt.

More importantly, do not try to use a neck brace or collar to support your neck or do not rest your neck for long periods of time, as neither will help the condition.

However, if symptoms do not get any better after a few weeks, a GP might be able to offer the following:

Physiotherapy helps to restore movement and function when someone is affected by an injury like whiplash, but it can also help to reduce your risk of injury in the future.

The therapy can be used by people of all ages and for a wide range of health conditions, affecting areas like:

The process is holistic, and considers the body as a whole rather than just focusing on the individual aspects of an injury. Some of the main approaches used by physiotherapists include education and advice, movement and tailored exercises and manual therapy.