There is one subject that makes all previous boring ones, such as what I am currently watching on television, look riveting by comparison: how much less we are drinking and where we sit on the new sobriety scale. 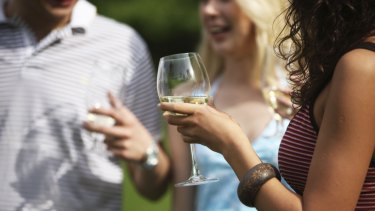 What kind of drinker are you?

If you are any of the above, you'll be letting people know it, because there is now kudos in being aware of your intake and limiting it.

And, boy, the times are moving fast. It's not only no longer cool to boast about your midweek hangover (try it and see how you get on … it's like admitting you shoved an old lady off the bus), it is 100 per cent more woke to have left all that behind. The soberistas (the new word for a person, usually female, who doesn't drink) are acquiring a kind of noble mystique on top of looking better and losing 10 kilos.

To be honest, these days, if you just drink in an average sort of way, you are in danger of looking like an anachronism. The truth is, you need to be an alcobore now in order to be up to speed. Here are a few of the options.

The Woke Abstainer: Not drinking is healthy, yes. It's arguably better for your productivity (it is better). But this is not the primary reason that Woke Abstainers are abstaining. The fact remains that not so long ago exiting a club at 4am with blurred face and champagned hair was the height of glamour. But, in 2019, just got home from the vegan spa in Thailand looking sparkly eyed is the more desirable option.

The "Three Days Off in the Week" drinkers: That's us! Well, you know, until someone turns up and says they might be getting a pay rise in the autumn so … chink, chink! Are we worried about our drinking? No! Usually not. But we are worried about accidentally sucking down glass after glass when we get home after work. We tried getting smaller glasses, and we tried hiding the booze from ourselves, and then we just made a hard and fast – most of the time – rule: don't have it in the house and stick to the plan. Caution: this may lead to massive weekend benders if approached in the wrong spirit.

The "No Drinking in the Week" drinkers: Similar to the three-days-offers, but more disciplined.

The "One Glass of Water to One of Wine" drinkers: This is really the very least you need to be aiming for and you'll probably want a ceiling on the number of glasses of wine, too.

Here's to boring your friends!