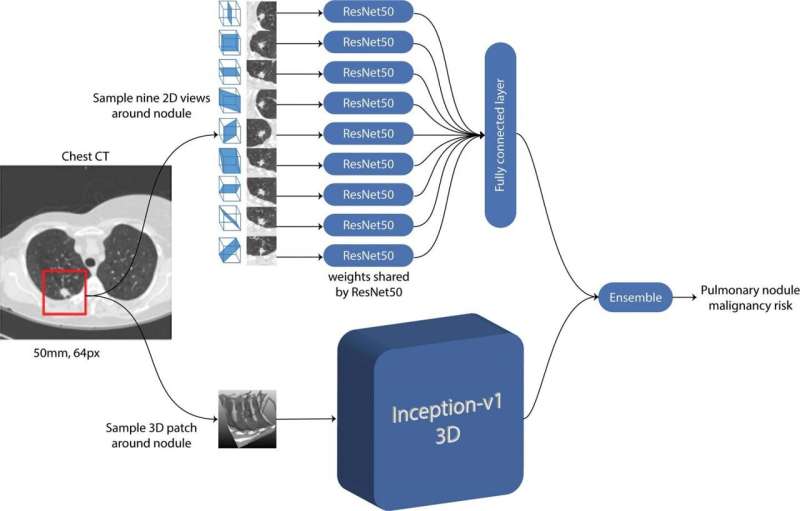 An artificial intelligence (AI) program accurately predicts the risk that lung nodules detected on screening CT will become cancerous, according to a study published in the journal Radiology.

Lung cancer is the leading cause of cancer death worldwide, with an estimated 1.8 million deaths in 2020, according to the World Health Organization. Low-dose chest CT is used to screen people at a high risk of lung cancer, such as longtime smokers. It has been shown to significantly reduce lung cancer mortality, primarily by helping to detect cancers at an early stage when they are easier to treat successfully.

While lung cancer typically shows up as pulmonary nodules on CT images, most nodules are benign and do not require further clinical workup. Accurately distinguishing between benign and malignant nodules is therefore crucial to catch cancers early.

For the new study, researchers developed an algorithm for lung nodule assessment using deep learning, an AI application capable of finding certain patterns in imaging data. The researchers trained the algorithm on CT images of more than 16,000 nodules, including 1,249 malignancies, from the National Lung Screening Trial. They validated the algorithm on three large sets of imaging data of nodules from the Danish Lung Cancer Screening Trial. 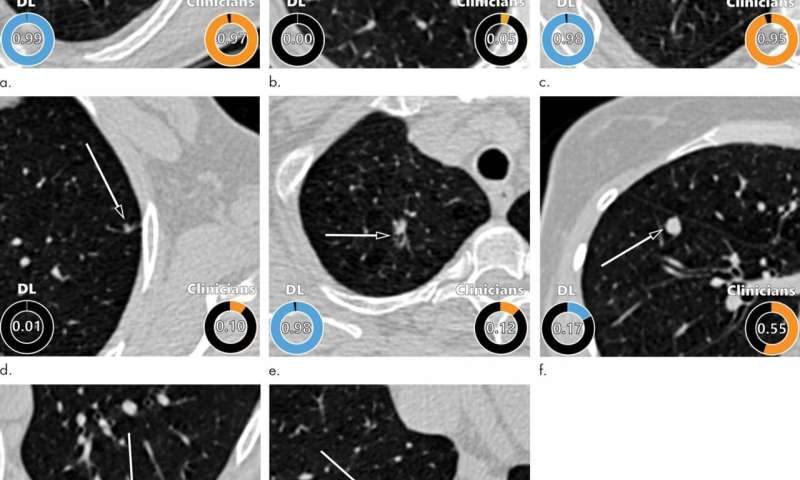 “The algorithm may aid radiologists in accurately estimating the malignancy risk of pulmonary nodules,” said the study’s first author, Kiran Vaidhya Venkadesh, a Ph.D. candidate with the Diagnostic Image Analysis Group at Radboud University Medical Center in Nijmegen, the Netherlands. “This may help in optimizing follow-up recommendations for lung cancer screening participants.”

The algorithm potentially brings several additional benefits to the clinic, the researchers said.

“As it does not require manual interpretation of nodule imaging characteristics, the proposed algorithm may reduce the substantial interobserver variability in CT interpretation,” said senior author Colin Jacobs, Ph.D., assistant professor in the Department of Medical Imaging at Radboud University Medical Center in Nijmegen. “This may lead to fewer unnecessary diagnostic interventions, lower radiologists’ workload and reduce costs of lung cancer screening.” 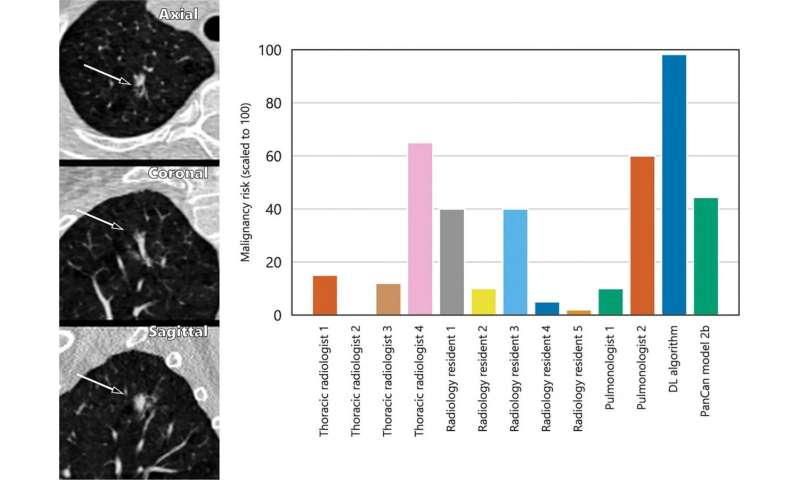 The researchers plan to continue improving the algorithm by incorporating clinical parameters like age, sex and smoking history.

They are also working on a deep learning algorithm that takes multiple CT examinations as input. The current algorithm is highly suitable for analyzing nodules at the initial, or baseline, screening, but for nodules detected at subsequent screenings, growth and appearance in comparison to the previous CT are important.