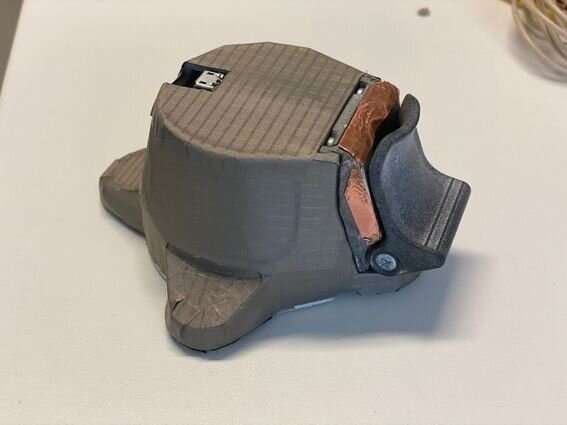 Stethoscopes are among doctors’ most important instruments, yet there have not been any essential improvements to the device since the 1960s. Now, researchers at Aalto University have developed a device that analyzes a broad range of bodily functions and offers physicians a probable diagnosis as well as suggestions for appropriate further examinations. The researchers believe that the new device could eventually replace the stethoscope and enable quicker and more precise diagnoses.

A startup called Vital Signs is taking the device to the market. The researchers are currently testing the device in a clinical pilot trial. The intention is to launch the product to the most important European markets by the end of 2023.

“We have a well-functioning prototype, and the development path is clear,” says Alexis Kouros, the doctor leading the research team at Aalto.

Next week, Vital Signs takes part in the Slush 100 pitching competition. The startup has been elected to the semifinals, among the 20 best startups from the original pool of 100 candidates.

“I’m proud to present our work, as we can really impact people’s lives with it. If financial success comes alongside this, good,” Kouros describes the mood before the big event.

The new device records different bodily sounds and examines a broad range of characteristics from oxygen saturation to pulse, ECG, and temperature. It analyzes this information with artificial intelligence that also makes use of a range of databases involving, among other things, patient records, laboratory results and medication.

As a result, the artificial intelligence presents the most probable diagnosis in the form of a color-coded word cloud to the doctor. It also offers a list of further examinations that could prove useful. The use of the device does not require any extra steps from the doctor.

The research behind the device began with the Biodesign-project, developed at Stanford University. It is a concept where a multidisciplinary team explores the hospital environment for weeks to study improvement needs, and to develop innovations to address them.