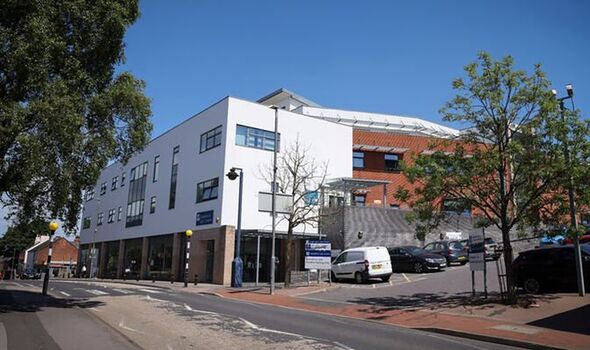 John and Sam Cholerton from Stapleford, Nottinghamshire, had been in a dispute with the Linden Medical Group GP surgery at Stapleford Care Centre for months, claiming they had not received quality care. John claims he has not been able to see a GP for months due to his agoraphobia, anxiety and depression and that he had not been given appropriate care.

The Linden Medical Group responded with a letter, claiming they had previously seen the 41-year-old face-to-face on several occasions and that he had been spotted in the local pub shortly after making a complaint about the surgery.

However, the couple claimed their trip to the pub had been “exposure therapy”, reports Nottinghamshire Live.

Sam Cholerton, 37, said they thought the practice was “unwilling” to help her husband.

“They are not helping him at all. They don’t seem to get him any help whatsoever, they’re not willing to see him because he’s got agoraphobia, depression and everything else,” she said.

“We book an appointment they say ‘yes’, and then within half an hour they turn back and say they’ve have to cancel the appointment. And there’s no explanation why.

“It has been going on for a couple of months, they fob us off and say ‘go to the hospital for help’ – but he can’t travel because he has got agoraphobia, they weren’t helping whatsoever.

“They won’t come out to see him because they say he’s not housebound when he is because of his agoraphobia, anxiety and depression.

“We have had to write complaints twice now about two different doctors within the last year. And we even got in touch with our local MP over him not being seen.”

John said his mental heath had declined as a result of the poor treatment he allegedly received.

He said: “I just want to be seen by someone, or even to speak to me over the phone. I feel totally neglected.

“My mental health has got a lot, lot worse. I haven’t had face to face contact with them for a long while, and it has made me feel a lot worse – like I have nowhere to turn.”

In a letter sent by the Linden Medical Group. which has been seen by Nottinghamshire Live, a GP stated he had carried out face-to-face appointments multiple times in 2021, and once in March 2022, and also claimed John had been spotted in a local pub. John’s partner claimed this was part of “exposure therapy”.

“It was part of the exposure therapy because we are trying to get him out and about, and he had been getting better,” Sam said.

John received a letter on June 13 informing him that The Linden Medical Group was removing him from their patient.

“I was shocked and I feel let down, we did not do anything. I asked for help and then they cancelled the meeting and kicked me out – it all adds to the stress,” he added.

Linden Medical Group said they had “done everything they could” to help the couple.

“We have fully responded to this complaint and have met with them to discuss the care of Mr Cholerton.

“We cannot comment on individual cases, but as with any patient we have followed best practice and have acted in line with British Medical Association guidelines.

“The removal of a patient is always a last resort for any practice and we will always do our best to avoid this.

“However, we feel we have done everything we can to come to an understanding with Mr and Mrs Chorlerton, but sadly this has not been possible and it is with regret that we have had to remove them from our list.

“We always strive to provide the best possible care for our patients and pride ourselves on the quality of care we provide for our community and we are extremely sorry to have had to remove the patients in this case.

“Unfortunately this is the best solution for our staff and the patients in this instance.”

Mr and Mrs Cholerton had been due to be removed from the patient list on June 24, and both have now moved to another practice.