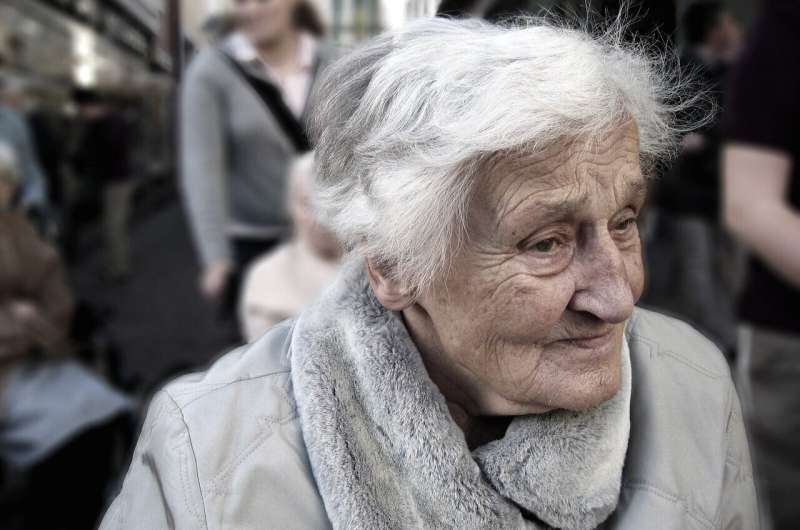 Gender differences in societal ageing favour men over women, which suggests that men have better resources to help them cope with the challenges of ageing. The international analysis, published in The Lancet Healthy Longevity journal, is the first of its kind to investigate gender differences in the ageing experience of older people across 18 Organization for Economic Cooperation and Development (OECD) countries.

The study reveals that different gender roles in society not only shape women’s and men’s lifetime opportunities, but also their experience of ageing. Men are especially advantaged in income and wealth, are much more likely to be financially secure, be engaged in paid work, and spend fewer years in ill health than women in later life.

Worldwide, the number of people aged 65 years and older is expected to more than double in the next 30 years, rising from 703 million in 2019 to 1.5 billion in 2050. While women in OECD countries have an average life expectancy that is over three years longer than men, they spend more years in poor health. Although most OECD countries have achieved universal health coverage, the disproportionately greater risk of disability and ill health in women increases their likelihood of needing long-term care. Women also earn less and are more likely to live alone at the end of their lives.

“Ageing societies reinforce the prevailing gender norms in which men continue to be allocated the majority of opportunities, resources, and social support”, says lead author Dr. Cynthia Chen from the National University of Singapore in Singapore. “With the world’s population ageing at an unprecedented rate, and the ratio of older women to older men expected to increase, there is an urgent need to challenge the structural and policy biases that favour men.”

Senior author Professor John Rowe from Columbia University, U.S., adds, “Stark income-based inequalities suggest ample room for improving women’s standing in paid work, job opportunities, and retirement income. Addressing these gender disparities will not only benefit society by increasing women’s long-term savings and old-age security, but may also enable women to live longer independently and in better health. And could have positive knock-on effects for the next generation by reducing the burden of unpaid informal caregiving by younger women.”

Countries vary widely in their policies and services to support the wellbeing of older people, but little is known about the differences in the ageing experience for men and women, despite the substantial gender differences in life expectancy and societal roles.

Measuring society’s impact on the quality of ageing

To address this, researchers used the latest available data from the OECD and World Bank between 2015 and 2019 for 18 of the 35 OECD countries with sufficient data, to develop a gender-specific ageing index to estimate the degree to which a society enables successful ageing for men and women.

The new index accounts for five domains that capture social and economic factors affecting the quality of ageing: wellbeing (living longer in good health and life satisfaction); productivity and engagement (engaging productively in society either through paid work or volunteering); equity (how equally resources are distributed across the older population, particularly money and education); cohesion (how well older people are integrated in societies, including the provision of social support and not living alone); and security (both financial security and the degree of physical safety perceived by older people).

The researchers calculated the overall index and individual domain scores (from 0 to 100) for men and women, and compared these scores between genders and countries, with a higher score indicating a successfully ageing society.

All societies make ageing easier for men than women

The findings suggest that gender differences in societal ageing favour men by an average of 9 points over women.

Overall, countries in northern Europe (ie, Denmark, Sweden, Finland, and Norway), the Netherlands, and Japan do well for both genders (overall index score 66 or above for men vs 55 or above for women), whereas countries in much of eastern and southern European are at the bottom of the rankings (eg, Hungary, Poland, and Slovenia, overall score 38 or under vs 31 or under). The U.S.’s overall performance is average (score 55 for men vs 47 for women), along with other industrialised western European nations, such as the UK (57 vs 47) and Germany (62 vs 51).

The findings reveal that differences between men and women were largest for societal integration, including social support and living with others (the cohesion domain)—favouring men by an average of 21 points (appendix page 11). This gender disparity is driven by women often outliving their partners and therefore living on their own towards the end of their lives, despite being more socially connected than men. Country rankings are available in appendix page 11, figure S7.

Similarly, in all 18 countries, men were more likely to have higher levels of productivity and engagement and financial and personal security than women, by an average of 10 points. For all countries, older men had a 6% higher average work force participation rate and retired on average 1.7 years later than women (appendix page 8). Additionally, men aged 65 years and older earn on average US$3,450 more than women, have greater pension wealth, and are 15% more likely to report feeling safe walking alone at night (i.e. 83% men feel safe vs 68% women feel safe; appendix page 10). Some of the largest differences in security were observed in Japan (security score 62 for men vs 39 for women) and the U.S. (53 vs 32). Country rankings are available in appendix pages 8 (figure S4) and 10 (figures S6).

In contrast, gender differences in wellbeing and equity revealed a much smaller advantage for men, by an average of 1.5 and 3.5 points respectively. The UK (wellbeing score 74 for men vs 61 for women) and Italy (73 vs 64) had the largest difference in wellbeing scores, with scores favouring men (appendix page 7). The largest gaps in equity scores were observed in Austria (equity score 79 for men vs 63 for women) and Germany (77 vs 67). Across countries, men were on average 5% less likely to experience poverty in later life than women. Western and northern Europe (ie, Norway, Denmark, Finland, the Netherlands, and Belgium) ranked highest for equity for both genders, reflecting strong welfare support, while the U.S. and the UK performed more poorly, indicating growing inequality in the distribution of income and wealth in these countries. Country rankings are available in appendix pages 7 (figure S3) and 9 (figures S5).

“Our findings underscore the importance of considering gender-specific needs when developing policies and programmes for ageing societies. Even the top-performing countries have considerable room for improvement,” says Dr. Chen.

According to Professor Rowe, “Replicating successful programmes and policies, such as Norway’s More Years—More Opportunities strategy for an ageing friendly society and Sweden’s National Action Plan on Policy for the Elderly, is critical to ensure that the ageing experience in all countries comes with longer years of healthy, active, and productive life for both men and women.”

The authors propose four measures to help address gender bias and inequality in societal ageing, including assessing minimum income requirements for healthy living in older people and minimum pensions and income standards to remove barriers to health care. They also recommend addressing older adults’ social isolation to improve emotional and mental wellbeing, and introducing national policies to tackle the lower economic standing of older women (for example, by increasing pension benefits and providing tax incentives for older workers and their employers). Lastly, they suggest societies should tailor policies to different gendered experiences to improve societal welfare and reduce labour market inefficiencies (for example, by adopting flexible working hours to make it easier for women to work).