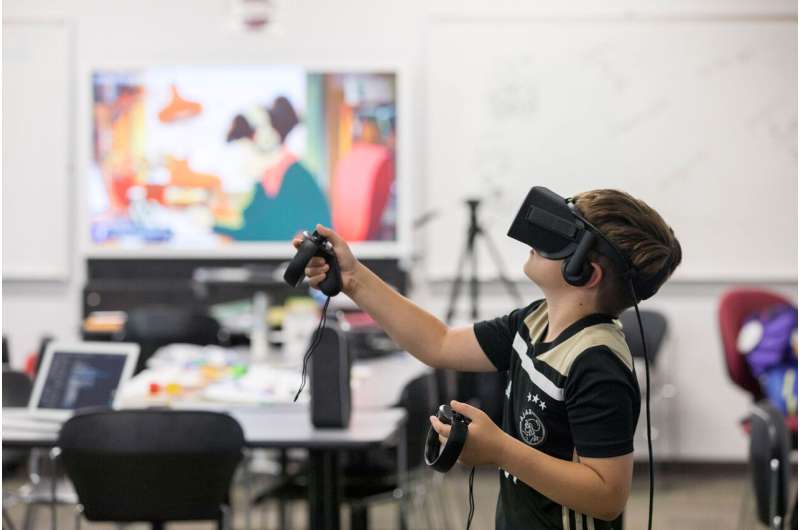 Working out isn’t known for being fun. But new active video and virtual reality games may help change that.

Exergaming, or active video gaming, may be the perfect introduction to helping people be more active, according to new research from the University of Georgia.

Just about anyone can find an exergame to match their interests. Dance Dance Revolution, EA Sports Active and Beat Saber are some of the more popular exergames. Active gaming options exist for most gaming consoles, like Xbox and Nintendo. And previous research has shown that exergaming can have physical benefits, particularly when it takes the place of traditional sedentary video gaming.

This study showed that exergamers felt high levels of satisfaction and a sense of autonomy over their exercise regimen.

“When an individual feels autonomous, they’re more likely to exercise or exergame on their own,” said Sami Yli-Piipari, co-author of the study and an associate professor in the Department of Kinesiology in the Mary Frances Early College of Education. “They feel ownership over what they are doing, and they’re doing it for themselves, so it’s more likely they will keep up the activity.”

Traditional exercise, such as weightlifting or running, doesn’t appeal to some people. But they might be open to active video gaming because it doesn’t seem like exercise. It’s just fun.

That desire to play might help people dip their toes in physical activity without the pressures or boredom that sometimes come with heading to the gym, said Yongju Hwang, corresponding author of the study and doctoral student in kinesiology.

Exergaming can serve as introduction to increased physical activity

Published in the International Journal of Sport and Exercise Psychology, the study followed 55 people whose daily physical activity was below the recommended 150 minutes per week.

Participants were randomly assigned to either exergame or participate in traditional aerobics classes three times a week for six weeks. Exergamers could choose from a variety of games including Just Dance, Kinect Sports and Zumba Fitness World Party over the course of the study.

The study measured physical activity and exertion during the exercise sessions with accelerometers, heart rate monitors and a scale that measures how hard participants believed they were working out. The researchers also used a variety of scales to assess participants’ enjoyment of their workouts and their motivation for working out, among other things.

The individuals assigned to the traditional classes worked out harder than their counterparts in the exergaming group. The supportive group environment of these types of classes has been shown to encourage people to give their all and holds them accountable for showing up.

“That makes sense because you probably will push yourself harder if somebody is looking over your shoulder rather than playing a game alone,” Yli-Piipari said.

But the exergamers had a better time. And that, coupled with a sense of ownership over their exercise routine, makes it more likely that they’ll keep it up and possibly be more open to other physical activity in the future.

“I see exergaming and technology-enhanced exercise as a stepping stone,” Yli-Piipari said. “It’s the first step in the right direction, especially for people who are not involved in any kind of exercise.”

But active video games and their positive health effects aren’t just for adults.

Exergames are also an easy way for parents to increase their children’s physical activity, the researchers said.

“When you are buying games for your children or for yourself, try to buy games that have some activity in them,” Yli-Piipari said. “If you try to force your children to be active, they may do it because you’re telling them to. But the likelihood they continue to be active when you turn your back is low.”

For kids and many adults, playing a video game doesn’t feel like exercise.