Q: My girlfriend’s great, but she has a negative streak that irritates me. Last week, we caught up with a friend who’s lost a heap of weight. My girlfriend immediately said, “You know 90 per cent of people who lose weight put it all back on, and more, in two years?” That might be true, but why say it? At the moment, she’s always telling bushfire horror stories. I know things are bad, but I find focusing on the worst stories ghoulish and depressing. I prefer to help where I can, but stay optimistic.

A: There are some people whose life compass points to N – negativity. This is a habit of thinking that is often passed down in families. I understand where your girlfriend is coming from, because I used to be the same. In my youth, my philosophy was, "Expect the worst. If it doesn’t happen it’ll be a pleasant surprise." 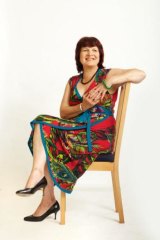 I was not fully aware of this habit of thinking until I attended a residential workshop run by psychologist Steve Biddulph. We were having breakfast and I kicked off the conversation by saying, “Did you see that terrible train crash in India?” Biddulph interrupted me with a smile and gently remarked, “Ah, Maureen, ‘awfulising’ again are you?”

I was taken aback, but I realised it was true. Bad things happen, but my dwelling on them was gratuitous, and unattractive.

Having a negative orientation is a habit that can be unlearnt. The alternative is not a "head in the sand", Pollyanna-style positivity that turns a blind eye to bad things. It is a clear-eyed acknowledgement of reality, backed up with hope, love, kindness and a willingness to help wherever possible, humbly accepting what cannot be changed, and focusing on where you want to go rather than on what you want to avoid.

When you meet people who work in disaster areas, war zones, famines and with extreme poverty, they have no illusions about the horrors they encounter, but they concentrate on the difficult task at hand, getting on with what has to be done to make things better. They would not be able to function if they were weeping over all the sad stories that surround them.

In some ways, being safe yourself but dwelling on horrible stories is self-indulgent voyeurism, comparable to slowing down to gawp at a car crash. Even more self-indulgent is translating that horrified fascination into guilt. Wasting energy on feeling bad because someone else is suffering is pointless, and does nothing to ameliorate that suffering. If you can do something practical to help, do it. If not, save your emotional energy for another form of positive action.

Another harmful effect of this way of thinking is illustrated by the observation about weight loss. Saying, “I always tell the truth, no matter how unpalatable,” as though that is a virtue is arrogant. What purpose is served by telling such truths? The 10 per cent of people who do lose weight successfully might never have tried if they had been disheartened by statistical facts. Also, who appointed her the keeper of the truth, and tasked her with giving out the bad news? As Oprah once said, “It isn’t always important to be right. Sometimes it’s better to be quiet.” Respect people’s right to discover their own truths.

By the same token, you too need to understand that you are not "right" and her "wrong". It might be more helpful for her if she can learn new habits of thinking, but you cannot make that happen.

My first step in changing my thinking was to pause before I spoke, and check if what I was about to say was positive or negative, consciously looking for a positive opening gambit, until a new habit was formed. I suggest you talk to your girlfriend, not about what she is doing wrong but rather about how you feel when you hear her telling horror stories. You can also model a more positive approach and encourage her when she says positive things herself. But, ultimately, you cannot make her change. You must decide if you can love her as she is, or move on.