A recent study published on the preprint server bioRxiv* discusses a method to enhance the stability of Remdesivir, which is currently the only antiviral drug that has been approved by the United States Food and Drug Administration (FDA) for the treatment of the coronavirus disease 2019 (COVID-19). This was achieved in the presence of plasma, by encapsulating the drug in a new platform-technology-based polymer NV-387 (NV-CoV-2-R). 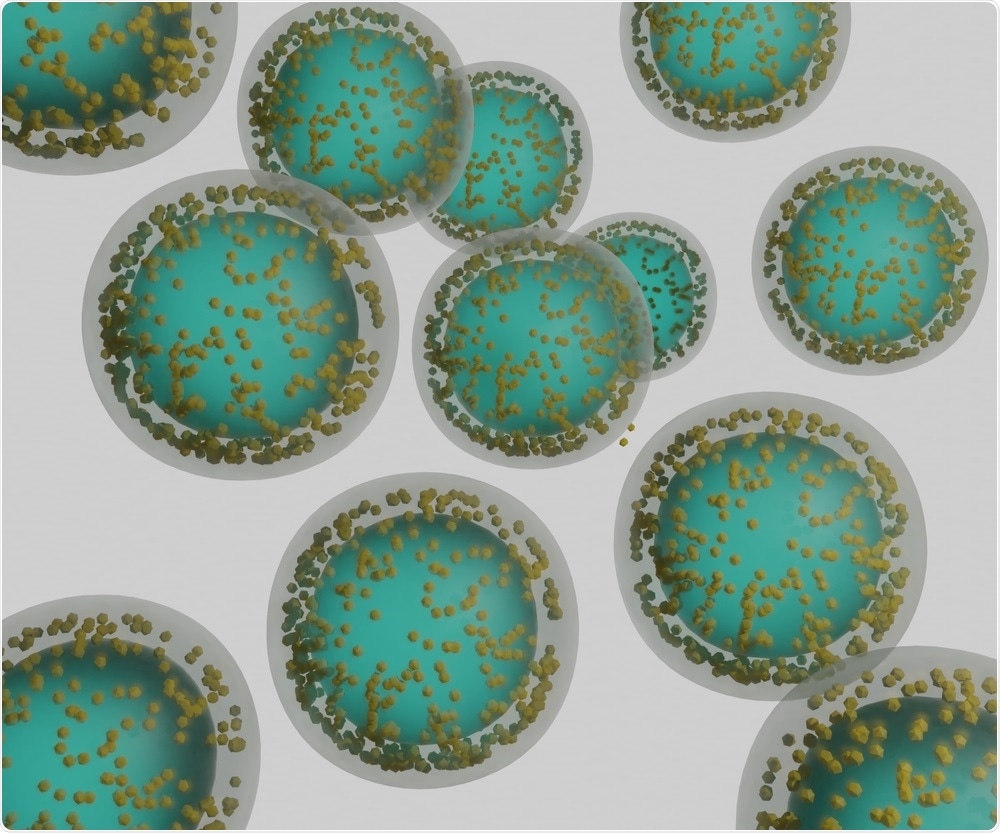 Remdesivir as a potential drug against COVID-19

Since it originally emerged in Wuhan, China in December of 2019, the severe acute respiratory syndrome virus 2 (SARS-CoV-2), which is the virus responsible for COVID-19, has infected over 245 million individuals and caused over 4.9 million deaths globally. Preventive measures are implemented and continue to be developed further; however, therapeutic solutions aimed at the etiology of COVID-19 have yet to be identified. Antiviral drugs that interfere with the activity of the similar virus, particularly by inhibiting key viral ribonucleic acid (RNA)-dependent RNA-polymerases (RdRp), are being explored.

Remdesivir (RDV, GS-5734) is a broad-spectrum antiviral nucleotide prodrug that is associated with potent in vitro antiviral activity against a diverse panel of RNA viruses such as Ebola virus (EBOV), Middle East Respiratory Syndrome (MERS)-CoV, SARS-CoV, and respiratory syncytial virus (RSV). This drug disrupts the coronavirus by inhibiting RNA polymerases.

Some of the protective effects of RDV in animal studies have been established against the Ebola virus, MERS-CoV, and Nipah virus. Recent studies have demonstrated the therapeutic efficacy of the RDV against SARS-CoV-2 in mice and rhesus monkeys, with attenuated respiratory symptoms and reduced lung damage.

In 2020, RDV was approved by FDA in various clinical trials as the only therapeutic treatment to significantly reduce pulmonary pathology in COVID-19 patients.

Despite the promising results of RDV, it's in vitro efficacy does not correlate with the clinical outcomes observed in humans. Further, remsdesivir also causes side effects such as possible liver damage, as well as possible alterations to the kidney and mitochondria.

Importantly, RDV is unstable in the presence of plasma, which decreases its in vivo effective concentration. The metabolism of RDV reduces the exposure time required to efficiently eliminate the virus. Thus, the present study encapsulates RDV to increase its stability and discusses the potential use of this polymer in vivo.

The present study used a polyethylene glycol (PEG)l)-based polymer comprised of a PEG-1000 and C16-alkyl pendants in the monomer unit. The PEG polymer forms the hydrophilic shell, while the alkyl chains float together to make a flexible core, like an immobilized oil droplet.

In the current study, the researchers proposed the mechanism of action as the nanoviricide latching onto the virus and wrapping itself around it. This encapsulation disables the virus to enter and infect host cells. Because the nanoviricide is small, it circulates readily in the body while simultaneously blocking the reproduction of the virus that has already infected the cell.

In the present study, the researchers determined the efficacy of the polymer to protect RDV from plasma-mediated catabolism. 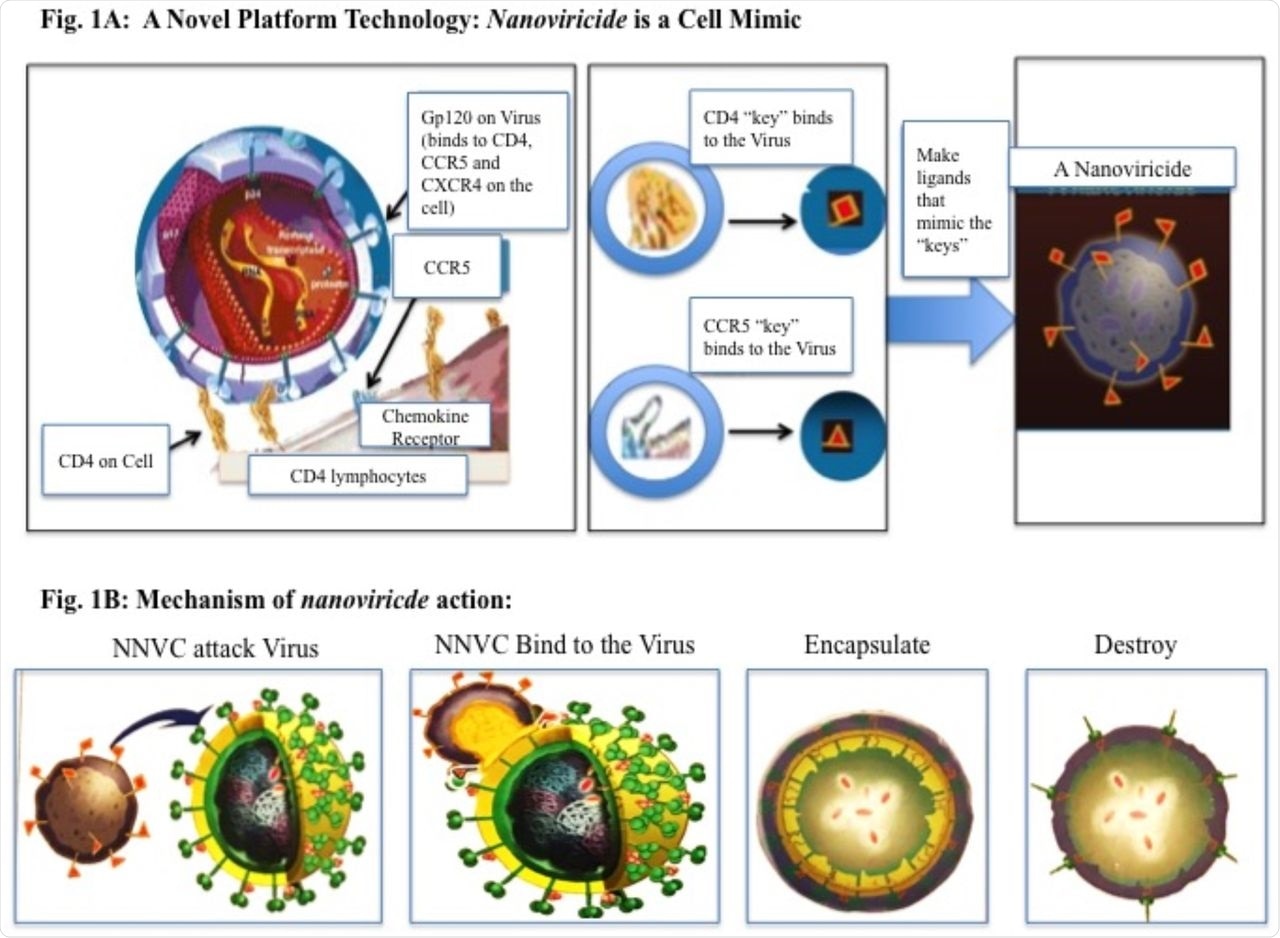 In a time-dependent study, the researchers measured the RDV levels by liquid chromatography-mass spectrometry (LC-MS) analysis of the naked RDV as compared to the RDV-NV387 (remdesivir encapsulated in NV-387 polymer), both of which were incubated with rat plasma in vitro. The negative control in the study is the vehicle of DMSO:MeOH, 1:9. The researchers used the commercially available Gilead Remdesivir for comparison.

In fact, at up to 8 hours, the polymer-encapsulated RDV remained stable. However, when a different test sample RDV-in SBECD (NV1104-376A, Gilead) was tested, the researchers observed that the stability of the drug did not last for as long as RDV-NV387.

The current study showed that while RDV alone has a very short life in the presence of plasma, encapsulation in NV-387 polymer makes the drug highly stable. Even after overnight incubation with the plasma, the encapsulated RDV is comparable to the Gilead RDV.

In conclusion, the researchers proposed that in addition to possessing intrinsic antiviral activity, the polymer encapsulation renders remdesivir highly effective against SARS-CoV-2 by protecting the drug against plasma. Importantly, potential mutations in the virus are unlikely to enable it to escape these drug candidates.