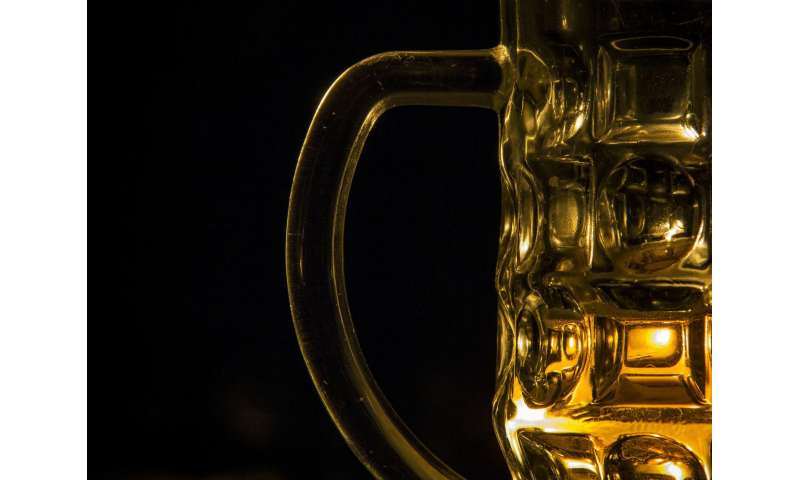 “Online user-generated data are fluid and nimble—and have the potential to be really rich sources of information in specific geographic areas and during tight time intervals,” says Elissa Weitzman, ScD, MSc, of the Division of Adolescent/Young Adult Medicine and the Computational Health Informatics Program at Boston Children’s and the study’s first author and principal investigator. “We set out to draw a relationship between these novel data and established, curated, nationally representative survey data.”

Alcohol use in particular is difficult to track accurately at the local level, where drinking patterns may vary according to local culture, policy changes, and awareness campaigns. And large-scale surveillance systems aren’t fine-grained enough to detect the effects of anti-alcohol campaigns.

“These systems are constructed to create a population-representative picture—they don’t usually reflect local patterns or shed light on the effects of local or regional interventions,” says Weitzman. “By examining online interactions, there’s the potential to rapidly evaluate health activity and translate what you’ve learned into public policy and programming—you can get out in front of things.”

The team then took these estimates state by state and compared them to survey responses in the same state to questions about alcohol use, from the national Behavioral Risk Factor Surveillance System (BRFSS). Among its many questions, the survey asked: “During the past 30 days, how many days per week or per month did you have at least one drink of any alcoholic beverage such as beer, wine, a malt beverage, or liquor?”

Of the BRFSS survey’s nearly 1.3 million respondents in 2014-16, 53 percent reported recent alcohol use. Weitzman and colleagues found clear associations between a survey respondent’s use of alcohol and the relative volume of alcohol-related searches and tweets in that respondent’s state for the year and month they were surveyed. The relationships held in sub-analyses that looked at reported frequency and amount of drinking.

“It was astonishing to me that we could see this, because drinking behaviors are subtle and personal,” says Weitzman, “On the other hand, it was exactly as expected, because the online world represents a powerful source of influence on behavior and can be a fairly accurate mirror of reality.”

The team further showed that in states with strong alcohol policies, such as increasing the price of alcohol, limiting happy hours, and regulating public consumption, individuals’ likelihood of drinking was reduced, even in areas with high levels of alcohol-related searching and tweeting. This suggested that the prevailing “alcohol environment,” as captured by online behavior, had less of an influence on an individual’s drinking.

“Informal social media and search data may be really important for detecting and responding to things that we don’t anticipate—or that occur naturally,” says senior author Lauren Wisk, Ph.D., formerly of Boston Children’s Hospital and now at the University of California Los Angeles.