The current coronavirus disease 2019 (COVID-19) pandemic is caused by a novel respiratory virus known as the severe acute respiratory syndrome coronavirus-2 (SARS-CoV-2). SARS-CoV-2 is a positive sense, single-stranded ribonucleic acid (RNA) virus that has claimed more than 4.4 million lives worldwide as of August 19, 2021.

In the past, the influenza virus, which is another type of respiratory virus, was associated with substantial morbidity and mortality. In fact, annual influenza epidemics typically cause between 3 and 5 million severe cases each year and between 250,000 and 500,000 deaths.

The influenza virus is recognized by the PRR, which plays an important role in the inhibition of viral replication at the initial phase of the infection. It also initiates the virus-specific adaptive immune responses, which offer further protection. 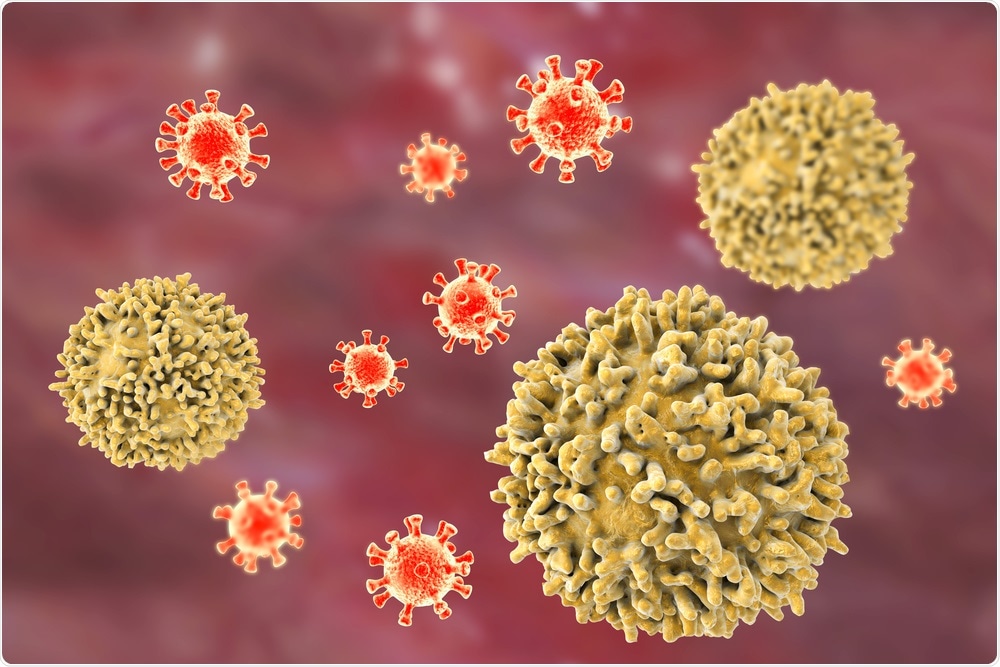 Intranasal vaccines induce mucosal immunity. Previous studies have revealed that the influenza vaccine is more effective and cross-protective against heterologous viral infection as compared to the systemic immunity triggered by parenteral vaccines.

These studies have shown that virus-specific immunoglobulin A (IgA) found in the upper respiratory tract provides a greater level of cross-protection against heterologous influenza viruses as compared to the virus-specific IgG in the serum. This might be because of the dimeric or tetrameric forms of IgA that influence higher avidity.

Prior research associated with the development of effective intranasal vaccines reported the use of various adjuvants. Some of the adjuvants that have been studied include inactivated cholera toxin (CT), synthetic toll-like receptor 4 agonists, synthetic double-stranded RNA poly(I: C), flagellin, immune-stimulating complexes (ISCOMs), or type I interferon. The main goal of incorporating these adjuvants into intranasal vaccines is to boost the vaccine-specific nasal IgA response.

A new study published in the journal mBio focuses on the role of nasal bacteria in eliciting virus-specific adaptive immunity. In this study, researchers have reported a decrease in nasal bacteria after the administration of intranasal antibiotics. This reduction was found to increase the production of virus-specific nasal IgA and serum IgG response post-infection with influenza virus.

The researchers explained that this depletion in nasal bacteria is due to disruption by lysozyme or intranasal administration of cultured oral bacteria that resulted in a considerable increase in the vaccine-specific nasal IgA and serum IgG responses in a MyD88-dependent manner. The present study has shown that the intranasal introduction of antibodies prior to influenza virus infection has resulted in a rapid reduction in the viral titer at 2 days post-infection.

The results obtained in this study were found to be in line with previous findings that found the antibiotic treatment to significantly decrease influenza virus replication within 6 hours post-infection.

How intranasal administration of antibiotics resists the influenza virus

The scientists of the current study have demonstrated two probable mechanisms that take place after the administration of intranasal antibiotics to gain protection against the influenza virus. One of the possible explanations is that the intranasal treatment of antibiotics increases hosts’ resistance to influenza virus infection in a microbiota-independent manner.

Upon analysis of the treated (intranasal antibiotics) and control groups (without any antibiotic administration) in mice models, the researchers observed that after 3 and 5 days post-infection, the viral replication in the upper respiratory tract between the two groups was comparable. This indicates that the levels of influenza virus replication in the upper respiratory tract are not associated with increased levels of the virus-specific antibody responses in antibiotic-treated mice.

The authors of the current study explained that the primary targets of the respiratory virus are the nasal epithelial cells in the upper respiratory tract. Therefore, it is advantageous to elicit virus-specific nasal IgA in the nasal mucosal epithelium. Nevertheless, intranasal vaccination using a split-virus vaccine alone is not sufficient to induce proper immune responses in the upper respiratory tract. Hence, the use of adjuvants in a vaccine could improve the vaccine-specific nasal IgA response.

A new treatment for influenza and COVID-19

The current study revealed that the combination of intranasal vaccination with the influenza virus HA vaccine and cultured oral bacteria from a healthy human volunteer could effectively induce vaccine-specific nasal IgA and serum IgG responses in a dose-dependent manner.

The researchers evaluated various bacterial strains that elicited comparable levels of the HA-specific nasal IgA and serum IgG responses. This result suggests that the ability of oral bacteria to act as adjuvants is not strain-specific.

The combined treatment boosted the nasal IgA and serum IgG responses to intranasal administration of influenza virus HA or SARS-CoV-2 spike proteins. Vaccinated mice demonstrated a reduction in the viral titer compared to the control animals following the SARS-CoV-2 challenge.

Overall, this study highlighted the role of virus-specific mucosal IgA antibodies in inhibiting viral replication. However, further research is required to validate the safety and efficacy of this vaccination approach.