Women tell us about how antidepressants have affected their lives: the good, the bad and the ugly.

Welcome to Women On Antidepressants, a new series exploring the issues young women face around getting prescribed, experiencing side effects, dealing with relationships while on medication, and life after antidepressants.

What’s it really like to be on antidepressants? Well prescriptions for this mood-boosting medication are on the rise here in the UK, resulting in 17% of adults being able to answer that exact question.

GP Dr Sonia Khorana reveals that how people respond to an antidepressant can vary considerably. “What works for one person may not work so well for another. Some patients’ moods might improve, but side effects like headaches, indigestion, loss of appetite, dizziness, and low sex drive may be too unpleasant to tolerate,” she explains.

“Others might not notice any mood changes on one type of antidepressant but find that another works brilliantly for them. It can sometimes take several tries to find the right type and dosage that works best.”

We speak to three women who share what it’s like for them to be on these pills designed to quell anxiety and treat the symptoms of depression.

Dating on antidepressants: women on how their relationships and medication mix

As someone who has had depression, chronic anxiety and panic attacks since the age of 17, when my daily dose of 10mg of Escitalopram finally kicked in back in late 2017, it was a relief. I was no longer hindered by the physical symptoms of my mental health issues. These ranged from my hands and feet going numb to my speech slurring. The medication also meant my severe health anxiety completely disappeared. It was possible for me to spend time with friends and family again.

Although overall I felt more able to function, there was definitely a numbing of my emotions. My husband and I got married a few months after I started taking antidepressants. We broke up briefly after only five months, and I felt strangely unemotional.

I am pretty sure the emotional numbing caused by my medication played a part in us calling it quits.

My husband, and his parents especially, had not been able to understand why I couldn’t spend time with others, and simply thought I was being uncaring or antisocial. There is an incorrect notion among some in the Muslim community that depression does not exist in Islam, based on the idea that as a Muslim you should always be hopeful and not despair.

Though younger Muslims have worked hard to open up a dialogue and explain why saying such things is both incorrect and harmful, I still found that my family would tell me to try harder or be more positive.

I knew it was the Escitalopram that had caused my detachment, as I’d experienced the same when taking Fluvoxamine in my late teens. It took time for my husband to understand this.

After treatment for thyroid cancer, I felt extremely low, had daily panic attacks and was unable to cope with everyday tasks. I couldn’t stop the negative thoughts in my head.

My GP put me on 50mg of Sertraline, but I honestly couldn’t tell if it was working, so I went up to 100mg. That took the edge off my feelings and made it easier to get out of bed in the morning. Before I went on antidepressants and had a sort of mini breakdown, I prided myself on my British stiff upper lip. I was the person other people could rely on when they were going through a bad patch.

Being prescribed antidepressants was the lifeline I needed. It helped me make a fundamental change to the way I processed and expressed my emotions. Understanding that I needed help allowed me to take care of myself and start therapy, which has taught me to better communicate how I’m feeling. I don’t think I would have even been able to get to therapy without the help of medication.

I’ve been on antidepressants for just over four years and I think I’ve been encouraged to stay on them for longer than I should. Now that I’m weaning myself off, the side effects have been difficult to cope with.

This is my third attempt to reduce my dose, because the physical side effects have been difficult. I had constant nausea and really horrible head pains, where your head feels like it’s not attached to your body. I also felt like all my anxious, low feelings were creeping back and I couldn’t seem to stop them.

Each time I lowered my dosage, I would have a ‘wobble’ and then it would plateau again. This time I’m throwing everything I have into keeping my mental health stable during this attempt. I’m not drinking alcohol, have regular sessions with my therapist, go for runs, practise mindfulness and yoga. The lot!

My therapist once said that a lot of people expect to have good mental health but don’t do anything to ensure they maintain or work towards it. That has stuck with me.

It’s like training for a marathon. You don’t just wake up one day and run 26 miles! So I try to apply that philosophy to my mental health. I think it’s going to be something that I have to work on for the rest of my life. 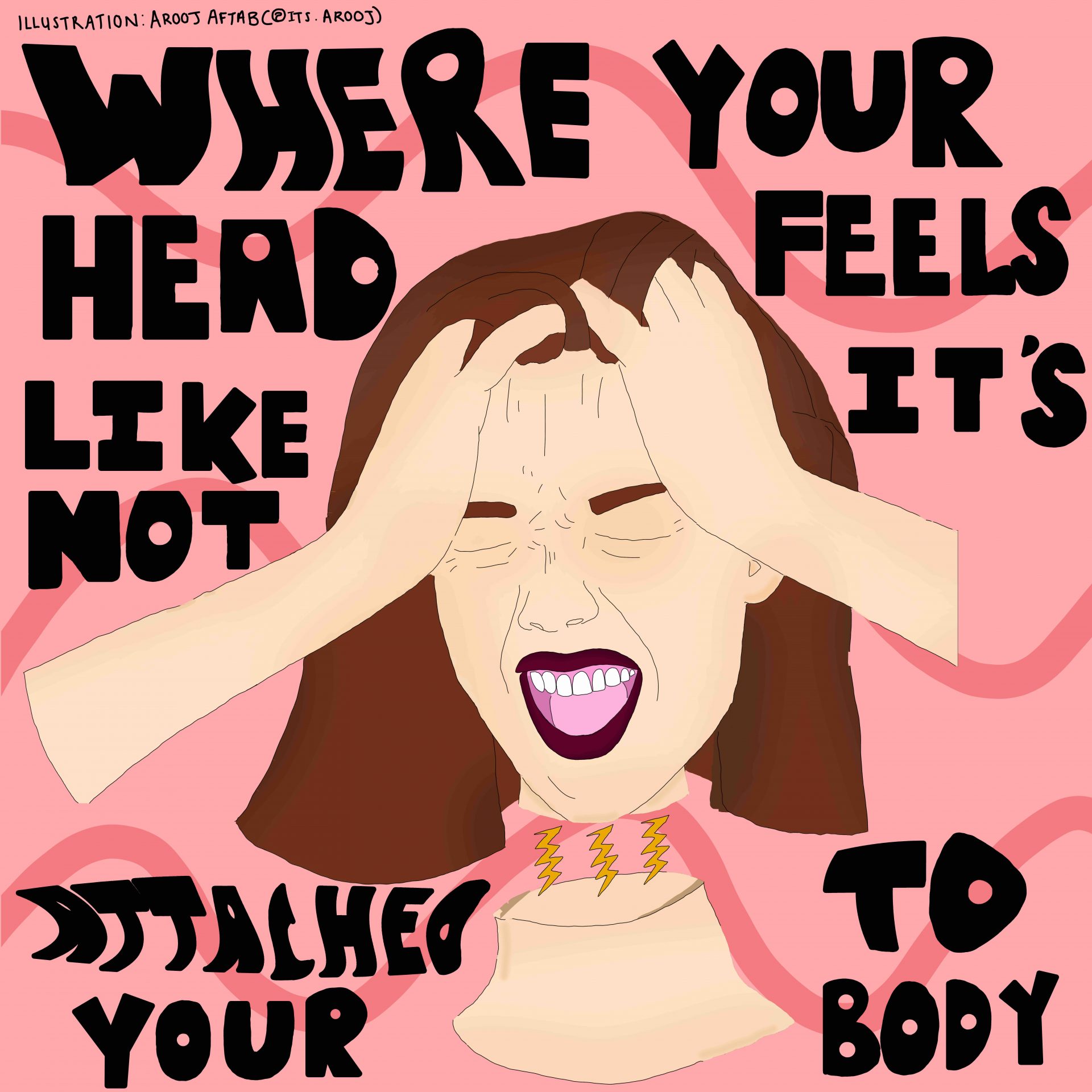 I think with the challenges we face as Black people in the world, there is often little time left to focus on our mental health. It can feel like an indulgence when you’re worried about keeping a roof over your head, or getting opportunities in your career, or simply coping with the day-to-day stress of living in a Black body.

But I’ve made my mental health a priority as I could see how past trauma was impacting my mood, my relationships and my thought processes. Over the past two years, I’ve been in and out of NHS therapy. They offer 12 sessions at a time, and I’ve done three courses in total.

The sessions helped me cope with my low moods and past trauma that was impacting my present. Earlier this year I lost my nan to Covid-19, and that’s when my depression really took hold. I’m quite a reserved person, but this was extreme. I found it hard to communicate with friends and family, and I was exhausted all the time.

My GP seemed rather worried for me and suggested I use 20mg of Fluoxetine and get back to therapy. I’ve been on antidepressants for two months now, and I’m still on the waiting list for therapy, but the fact that after four weeks I was able to get out of bed on my day off, cook for myself, tidy my house and put a wash on felt amazing!

It’s also given me enough energy to open up to friends and family. I don’t always want to be a ‘strong Black woman’ – I want to be delicate and vulnerable and looked after. Since I’ve been able to communicate this, my relationships have flourished. 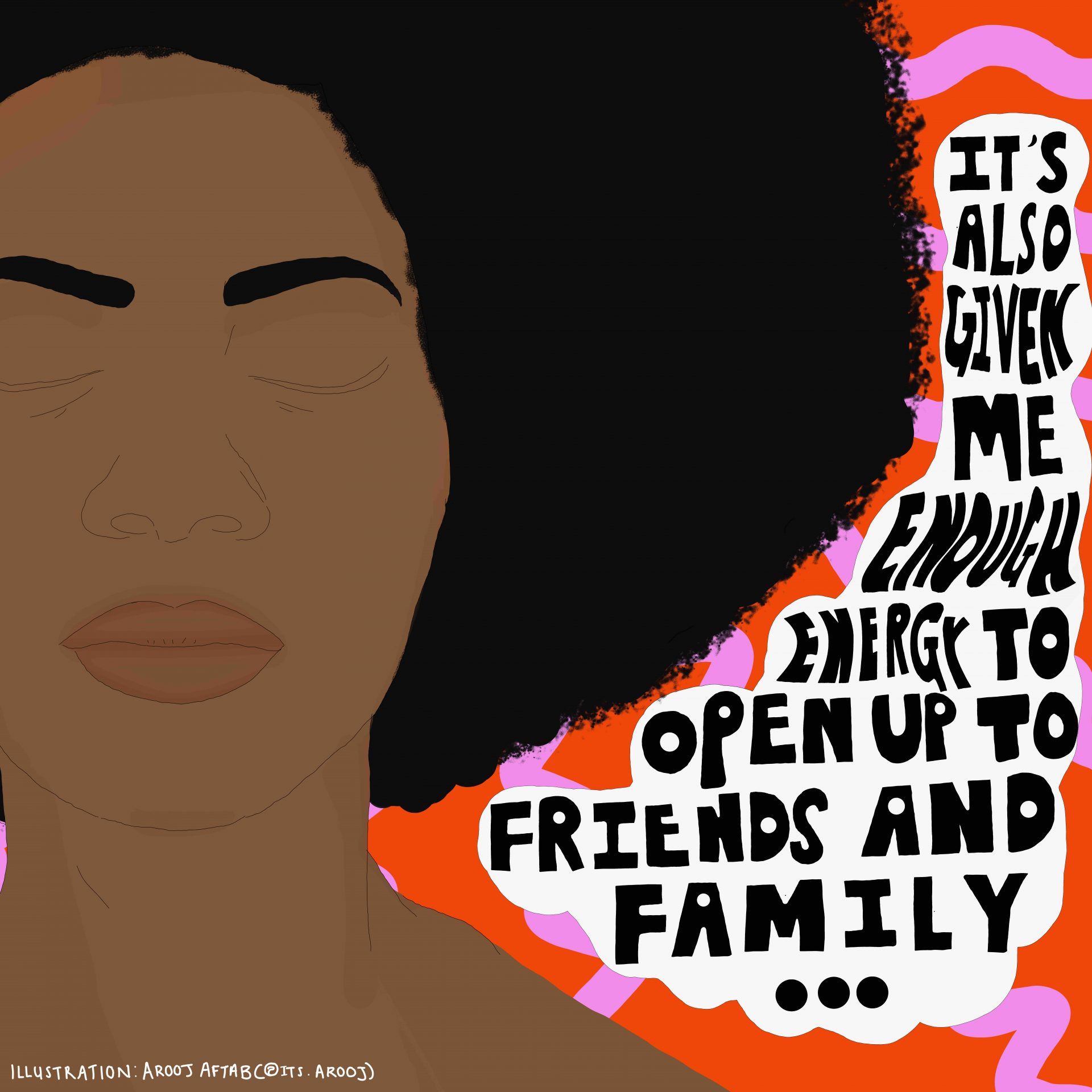 Before I started taking antidepressants, I watched countless YouTube videos so that I could get a good idea of what would happen. I knew they would take time to kick in and, once they did, I felt ready to meet up with friends for drinks.

However, antidepressants don’t allow for much drinking. So, I found out the hard way that I have to relearn my limits. Alcohol can increase the side effects of antidepressants, such as drowsiness, dizziness and co-ordination problems. As someone who has dyspraxia (a brain-based motor disorder), well, let’s just say heels, antidepressants and alcohol don’t mix!

I had to cut the night short, and I felt like I’d ruined the evening for my friends. In that moment it felt like being on antidepressants was making my life even more difficult to navigate. Thankfully, my friends have been really supportive throughout the whole process.

They have helped me become kinder and more forgiving of myself. They’ve also had no problem spending time together doing other things that don’t involve alcohol.