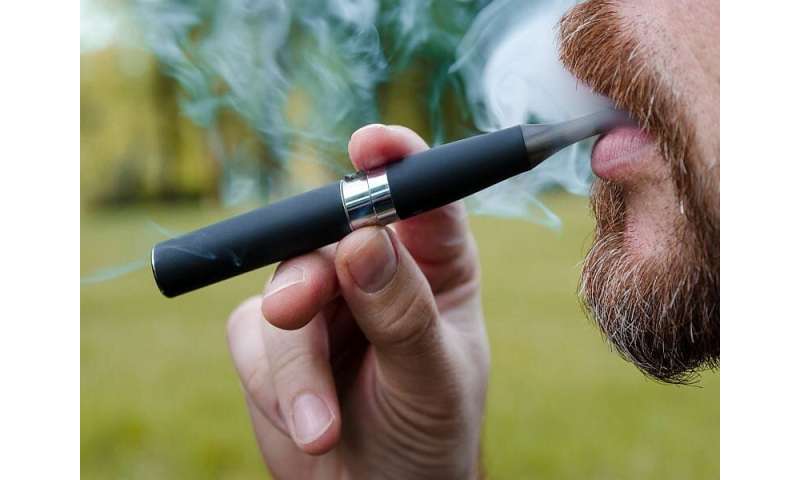 (HealthDay)—Twelve cases of electronic cigarette, or vaping, product use-associated lung injury (EVALI) from a single institution have been described in a case series published online Nov. 8 in The Lancet Respiratory Medicine.

Aleksandr Kalininskiy, M.D., from the University of Rochester in New York, and colleagues describe 12 cases treated for suspected EVALI between June 6, 2019, and Sept. 15, 2019. Cases were defined as patients who had used e-cigarettes or other vaping devices in the 30 days before presentation and had bilateral airspace opacification on chest imaging. A novel clinical practice algorithm was developed.

The researchers found that 10 of the patients had dyspnea, fever, and emesis, and nine of the patients had cough. Eleven patients reported use of tetrahydrocannabinol oil-containing e-cigarette cartridges. No deaths occurred, although eight patients required admission to the intensive care unit for hypoxemic respiratory failure. Patients were hospitalized for a median of seven days. Six patients completed follow-up; all had resolution of previous chest computed tomography findings and normal spirometry. The clinical algorithm focused on key signs and symptoms of EVALI and the importance of excluding infection and other cardiopulmonary conditions.