Charles Rosier was working in finance when a mutual friend who knew of his interest in biotech and medicine introduced him to Augustinus Bader. Rosier had heard of Bader’s groundbreaking research in wound healing, and was interested in helping to finance the research. The thought of launching a beauty business hadn’t occurred to him. But as he likes to tell it, Rosier had an epiphany that evening — and envisioned potential applications for Bader’s work that extended it beyond the medical realm. The rest is skin care history: With an irresistible origin story and starry cadre of celebs who praised its efficacy, Augustinus Bader has become one of the fastest-growing brands in beauty. Last year alone — during the teeth of the pandemic — sales tripled to $70 million and The Cream and Rich Cream were voted the top skin care product in a poll of more than 300 beauty industry insiders conducted by Beauty Inc earlier this year.

You were an investment banker for more than 15 years — how did you get into beauty?

Charles Rosier: I didn’t know anything about the industry on a professional basis. Of course, I use skin care and I have two sisters and a mother, so I was familiar with brands, but more from an outsider perspective. Before my dinner with Augustinus, I saw the picture of how his wound gel regenerated burned skin, and I thought, how can I finance the research? My brain at dinner went into burned skin — why not skin care? At dinner, I asked him, can you do an anti-wrinkle cream that works? It was an instant pragmatic thought about how we could fund his research. After I threw the concept on the table, it took me two years to convince him to take it seriously. 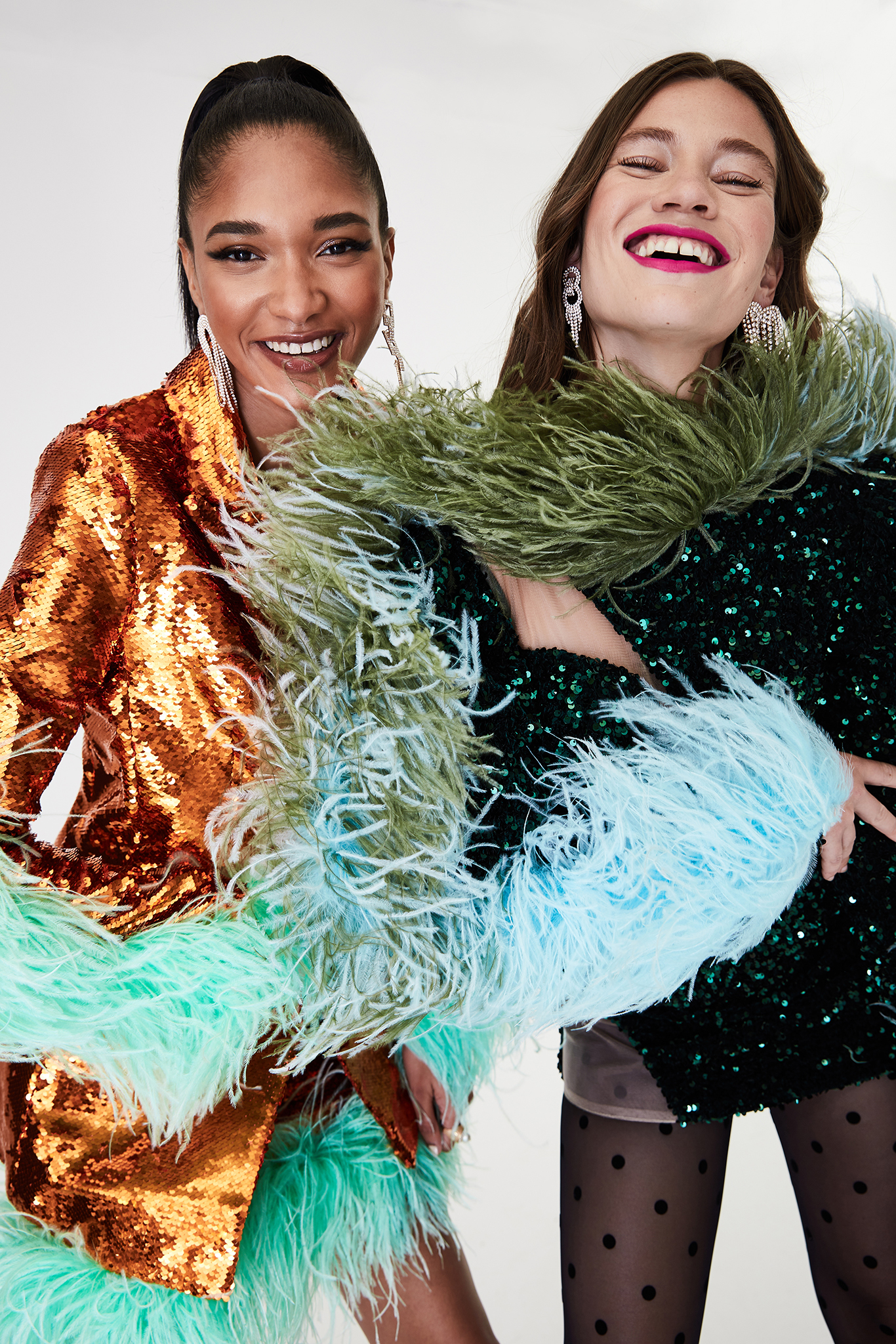 Professionally, the idea of becoming an entrepreneur was fascinating for me. I admire the capacity to build something from scratch and I have also always been passionate about medical science and research. I nearly studied medicine. So this project makes a lot of sense to me.

You knew very little about the beauty industry before you launched the brand. Was that a help or a hindrance?

C.R.: A help at the beginning, because it gave me the faith to believe it was doable. Maybe if I had worked in the industry before, I would have understood how tricky it is. It is very competitive and it requires significant budget to have a voice. Having a great product is not enough.

When I started this project and decided to put all of my savings into financing the first year and a half of existence, I was convinced that if you have the right product and the product is really special and superior to the competition, you would be successful, but it is more complex than that. The lack of knowledge of the complexity of the beauty industry was an advantage, because there was no barrier to ambition.

Over the last few years, I’ve been asked to sit on boards of investment firms and I’ve seen how beauty is becoming a hot commodity for investors. It is not to be humble, but I’m not sure there is a recipe for success. If you start from zero, your chance to exist is not so high. I think a lot of our success is due to the product.

For the launch, you leveraged some Hollywood connections — Melanie Griffith and Don Johnson notably in the beginning — but there is a lot of celebrity beauty right now. What enabled you to cut through all of that noise?

C.R.: It wasn’t celebrity endorsement in the sense of simple endorsement. It was a small investment partnership on their behalf. Their daughter is Dakota Johnson, who knows people. Melanie knows people. Don knows people. They have a circle. It is talking about something with passion. Melanie tried the product and saw the impact on her skin. She was a true believer. It was not like a paid endorsement.

Melanie and Don were able to get the word out in Hollywood because they saw the impact of the product on their skin. They were gifting lab samples to other people who were experiencing the same effect. It wasn’t a favor — it was people who believed it.

Melanie also gifted the cream to a person who is a good friend of A-list actors and actresses and goes to their home every two weeks to give a vitamin drip. Because people didn’t see her for two weeks they could see an impact on her skin. She became a walking ambassador. That is the type of thing you can’t organize or forecast.

A big success of the growth of the company has been word of mouth — whether Hollywood or amongst retailers or beauty editors. It was all organic, not because we had a huge budget to get the word out. When you read an article and it is a testimonial from a journalist about her own experience, it resonates differently than a fake post. When the journalist’s testimonials started to kick in, that created the growth of brand awareness.

Did the immediate success surprise you?

C.R.: No — because I was convinced the right product would create the right reaction. There is a medical side to what we do and to translate this know-how into creating a cosmetics product was not necessarily obvious. The fact that the prototype and final cream had a positive impact on skin health and contributed to it working in an optimal way was confirmed by the reaction and endorsement. It was a testimonial that people who have access to every product recognize that it is special.

Were you set up to scale so quickly? What were the primary challenges in the early days?

C.R.: We were not set up to scale so quickly. We’ve had a lot of out-of-stock situations since the inception of the company. Even recently, when we launched our lip balm, we produced big quantities thinking we had a 30 percent buffer and the success was bigger than we thought. We are fortunate to have this 200 percent growth range. As CEO, I am frustrated sometimes to not be able to keep up with demand, but that is part of growth and also 2019 and COVID-19.

Despite the challenges of the pandemic, you had a super robust launch year in 2020. What’s the vision for building out the brand?

C.R.: Unlike classic companies with strict launch sequences linked to marketing and what they consider optimal timing, we launch when the product is ready and the only criteria is that the product needs to be a hero, i.e., the best in its category in terms of its efficacy and cleanness of formula and long-term effectiveness. When I think we can bring to market something that adds to the conversation, then we launch.

We have built the identity of Augustinus Bader through the quality of The Cream. The people who use the product see a positive impact on their skin. We can’t compromise with that.

In terms of strategy, I don’t think we will have 120 or 200 references. We want to be a lot more curated, but we want to also satisfy the routine of a consumer. The normal steps of a skin care routine should be available at Augustinus Bader, but not more than that.

It’s also important to build out the line for retail. We had conversations with a distributor in South Korea, and because we only had two references, they weren’t interested. As a brand, it was hard for us to exist in certain countries — especially APAC — with two references. Culturally it is too far from their model. Visually you don’t exist.

Lastly, we want to be present at five-star hotels and spas and medical spas. They want to brand a treatment under a certain identity, so by building out the lime, we are creating steps that are a part of the minimal routine of some people and also what you would expect from a facial or spa treatment.

How is the business doing in China?

C.R.: We are cross-border commerce in China. We’ve had a very good performance there. We are beginners when it comes to China. We’re looking at it closely and analyzing the different models of growth and development, but the brand recognition that we see today in the U.S. and Europe — cross border doesn’t give you that. We are ambitious and want to think we can replicate our success in China — but that’s not for today yet.

How do you see the future of biotech impacting beauty?

C.R.: The consumer is looking for clean formulas, i.e., nothing toxic or harmful in the medium or long term, and efficacy. The research in biotech can be a source of ideas and development. By definition though, a skin care formula cannot have pharmaceutical types of active ingredients. There are a lot of limitations in cosmetics regulations that limit the nature and activity of ingredients. It will be interesting to see how cosmetics regulations evolve. Maybe you will have more natural bridges between the two worlds, but otherwise, the progress that will be made in biotech might not be able to be made in cosmetics.

But we live in a world where things move so fast — for sure, we will see more and more bridges.

How have you structured the team? What’s your leadership style?

C.R.: I try to focus on the topics where I think I can bring value. I think a CEO should be a leader in vision and direction, but you also need to be involved with the team, brainstorm with them, work as hard as they do. I don’t believe in pure managers, especially in a start-up environment. It is a luxury. There shouldn’t be a hierarchy. I love the concept of partnership, that people feel empowered, proud of the company. We want all of our employees to become shareholders and we want to have a big part of our success in an environment where people feel the success of the company is their success. Trying to build a partnership structure is essential to any successful culture.

What was your first job? What did you learn from it?

C.R.: I was a waiter on the Bateaux Mouches. I learned about pressure — and working hard and networking. I was 19 and it was a summer job, and so far from anything I had experienced before. There is a Disney aspect to the Bateaux Mouches in that there is an underground world with the kitchens and servers and everyone running up and down. Early on there, you need to find mentors. You have to network and build relationships that make you liked by the most successful teams so you can optimize your tips.

As you said before, you’re involved with the investor community and know better than anyone how hot beauty is. How do you think about an exit?

C.R.: I don’t want to think about it because I think it would make us manage the company differently and I don’t think that is the right thing for the business. We don’t want to make decisions based on optimization of profit or what the balance sheet looks like to an investor or how to make the balance sheet look good in three years, because in three years we want to exit.

We just celebrated our third anniversary, which is amazing. We are approached a lot by investors, and I guess maybe if you are an entrepreneur and you have been fighting or pushing for six, 10 years you are tired. But after three years, we’re still full of energy and passionate about what we do. We are not in the mind-set of exit.