While there are about five million Hispanic and Latinx-owned businesses in the U.S., most “start small and stay small” with just 3 percent generating at least $1 million in annual gross revenue, according to a study conducted by the Stanford Latino Entrepreneurship Initiative — a collaboration between Stanford University and nonprofit Latino Business Action Network, which have collected data since 2015.

And yet Latinx-owned companies contribute about $500 billion to the economy in annual sales and continue to grow considerably faster than the U.S. average, about 34 percent over the past 10 years compared to 1 percent for all U.S. business owners, reported the Stanford study in 2019.

“It was so clear to me how poorly understood our community was in a lot of areas, but particularly as consumers,” said Regina Merson, who’s Mexican-American and founder of cosmetics brand Reina Rebelde. “I never really could grasp or understand why we were marketed to, catered to in a way that people thought we were unsophisticated, unpolished, unintelligent, weren’t willing to spend money on high-quality products. The reality is so different from that.”

The spending power of the Latinx consumer is in fact over $1 trillion and expected to reach $1.9 trillion by 2023, according to data firm Nielsen. In beauty, the community outspends others by 30 percent.

“We are big-time consumers, and in beauty in particular, we tend to buy more by a multiple of three to five than most other women in America,” said Merson. “I felt that people were really focused on the wrong things. Starting the brand, I think I would have been very well within my rights to just have walked away from the idea, based on the feedback from people within the industry.”

Merson “received a series of closed doors” in the early stages of the brand in 2013, she continued. She was told by manufacturers and p.r. agents that her concept was “too niche,” but she thought otherwise, seeing white space in the market. While there were other beauty labels targeting Latinxes, they weren’t approaching consumers with authenticity, she said. And those that were celebrity-owned and backed by “big conglomerates” were unrelatable.

“Makeup for today’s Latina,” reads the tagline on Reina Rebelde’s site and Instagram, which has 52,600 followers. The brand, headquartered in Dallas, Texas and sold at Walmart Inc. locations nationwide, makes a point of highlighting its Mexican influence and roots. 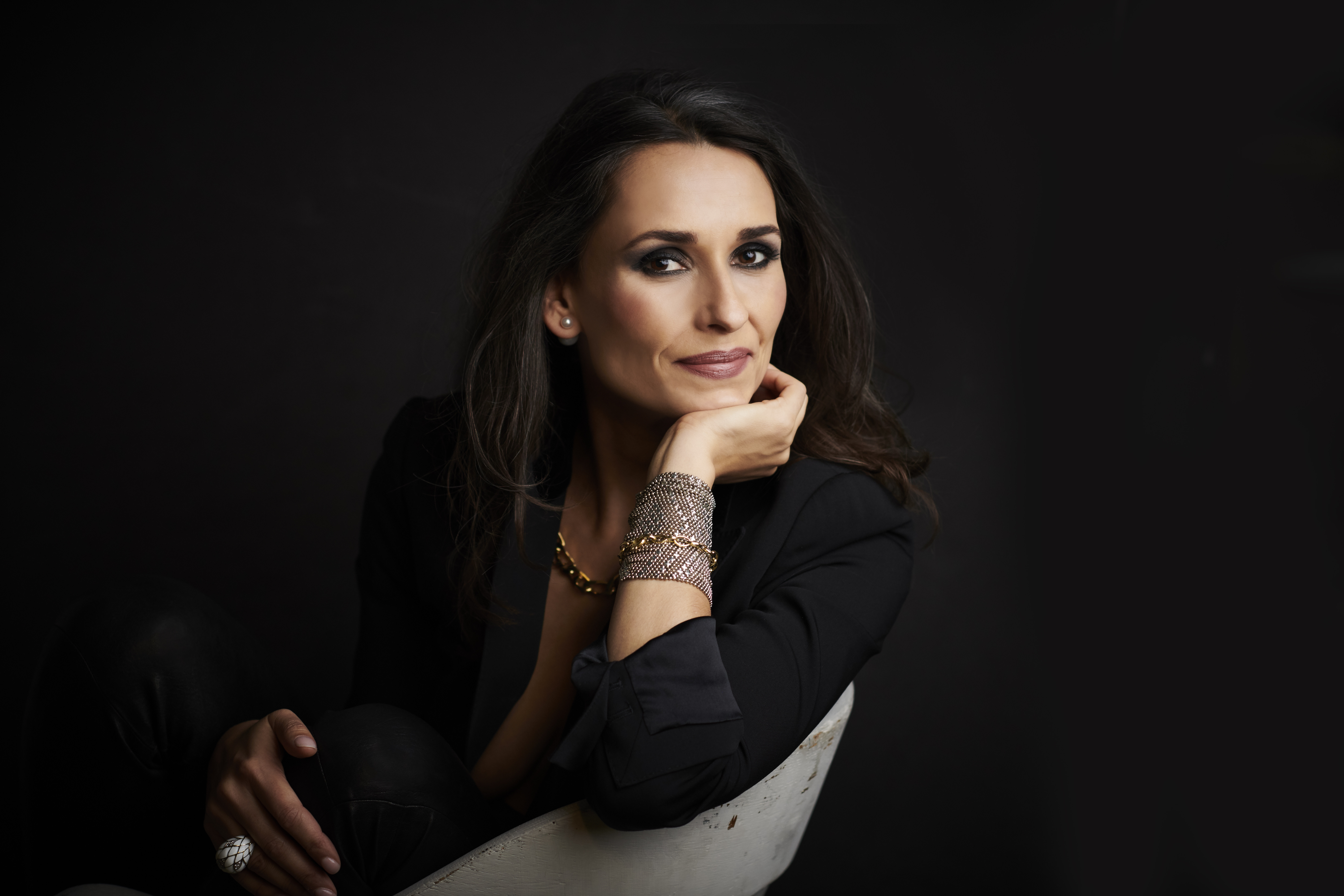 The reason there haven’t historically been more brands like hers on the market — those that boldly display their Latinx heritage — is because Latinx-founded labels are “treated as indie and niche,” said Merson. “I wish it weren’t the case, but when talking to retailers and investors and whoever it may be, there’s just this, ‘I don’t get it. If you’re going to do a niche brand, then everything should be below $5…because the Latinx community isn’t going to spend money on beauty products.’ Again, [it’s] not true. There’s a big disconnect between the reality of how we spend money and what people who are in power perceive that we are doing.”

Merson attributes that disconnect to the lack of diversity among top executives and decision makers. “The people in power making the big decisions rarely reflect someone like me,” she said. According to the Hispanic Association on Corporate Responsibility, an organization that advocates for Latinx inclusion in the U.S. corporate world, there are only 16 Hispanic and Latinx chief executive officers in the Fortune 500. The vast majority are white men. 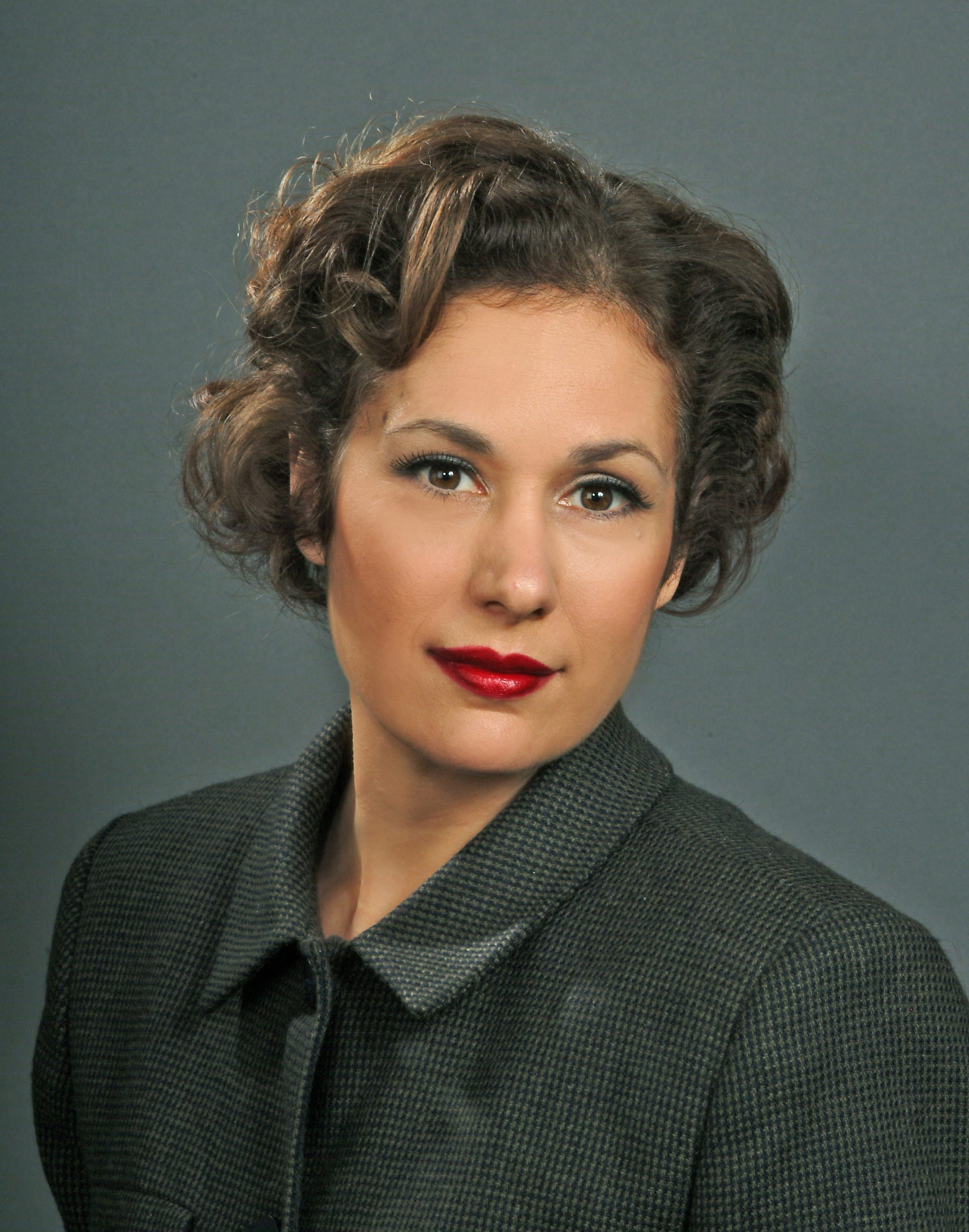 Many of the issues brought up by Merson were also shared by Gabriela Hernandez, the owner of Burbank, Calif.-based Bésame Cosmetics. Like Merson, Hernandez self-funded her brand.

“It was incredibly difficult at first to get anybody to even manufacturer anything for me,” said Hernandez, who has an Argentinian background. Her cosmetics brand, which has 248,000 Instagram followers, embraces a vintage esthetic, collaborating with the likes of Disney and Marvel to create character-inspired makeup.

She, too, said her brand was put in a box by industry heads: “They said, ’You’re this type of person, so you only service the people in your group. If you’re Latin, you would only cater to Latin consumers.’ It’s not true, obviously. We cater to all kinds of consumers. But that’s what tends to happen with any brand that is made by any ethnic group. It’s very difficult to get away from being stereotyped into just meeting the needs of your own community.”

It’s feedback she continues to receive from retailers, she added: “It’s still not working the way it should be, so it makes it very, very difficult for many brands that are Black or brown-owned to not be marginalized. It’s very sad that we still have this problem, but we do.”

Like Merson, Hernandez said it’s thanks to her loyal customer base that the brand was able to gradually grow.

“At a certain point, the consumer speaks for you, and if you do have the consumer base that likes your product and you can show that to the store, then obviously they see the dollars,” said Hernandez. “The dollars are the ones that speak.”

Fundamentally, to grow a brand, founders need access to capital, she added: “It comes down to funding, because in order to play in those larger fields, you do need the funding to be able to do that, even just to put the product in the stores or to produce enough product to meet the needs of the stores. You need funding to do that.”

While receiving capital is a proven method of scaling a business, access to funds has been disproportionately unequal for businesses owned by people of color. And in some cases, the Latinx community has it the worst.

“National banks provide less loan funding to Latino-owned businesses, relative to other external funding sources and other demographic groups,” reported the Stanford study in a 2017 research analysis. “Considering only Latino-employer firms, Latino-owned businesses have the lowest rate of business loans from financial institutions among all other firms. Only 12 percent of Latino businesses access bank loans…”

“The lack of access to funding and capital is one of the biggest blocks for growth for Latino-founded brands,” shared Lulu Cordero of Bomba Curls.

Cordero, who has Dominican Republic roots as an Afro-Latina, aims to showcase Latinx’s diverse community and broaden the idea of beauty in the mainstream, she said.

“Throughout many countries in the world, beauty has one look, and it tends to be a very European, Eurocentric look,” she shared. “And most people don’t look like that. I want to celebrate a different kind of beauty, a kind of beauty that’s not often seen, and also empower people to embrace the beauty and skin that they are in.”

Manufactured in Florida, the brand uses traditional Dominican Republic recipes with natural ingredients to treat hair-care needs: “Growing up, all these women had their own little concoction.…Typically, if you had any type of hair issue, we had a blend for that.”

She also self-funded her brand and credits its growth to its devoted customers.

“It started off bootstrap,” Cordero said of Bomba Curls. “We’ve been lucky enough [that] our community really pulled up and have been supporting us and supporting the brand. Every dollar that we get goes right back in the business.”

She started the brand just a little over a year ago. And now, with 8,034 Instagram followers (and recent press attention partly due to the public’s push to support minority-owned brands, kicked off by the Black Lives Matter movement, as well as the impact of National Hispanic Heritage Month), Bomba Curls will soon enter its first major retailer, online and in-store at Nordstrom on Oct. 12. 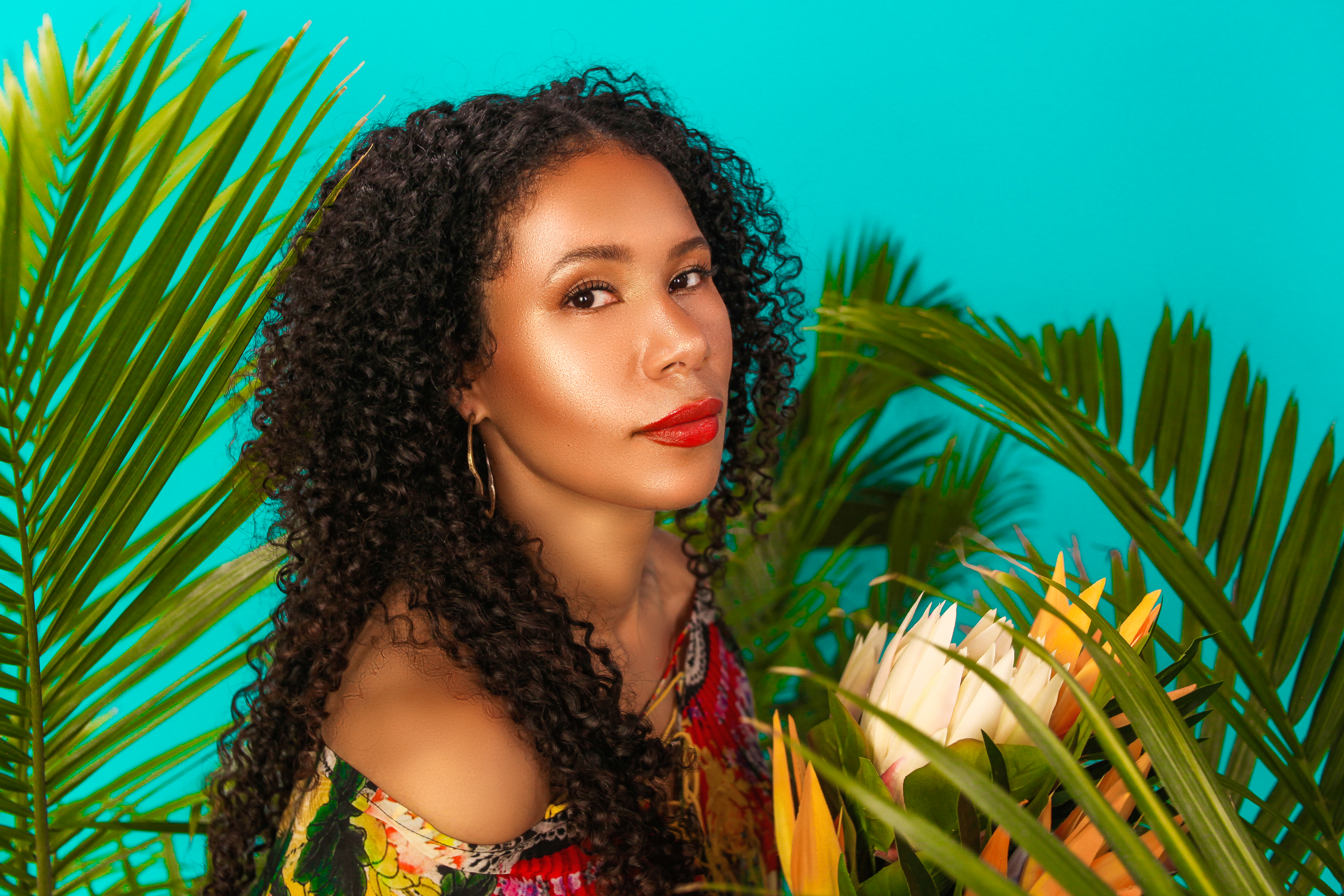 Merson said she’s encouraged to feel positive about the future as more young Latinx founders continue to launch brands. “They’re taking the risk,” she said. “And they’re not waiting for permission to do it.”

American makeup artist and Beautyblender creator Rea Ann Silva, who’s Mexican, Portuguese and Irish, said there’s a power that brand creators hold today more than ever because of tools like social media and e-commerce (which didn’t exist as it does today when she started the brand in 2003).

“You control your own destiny,” she said of direct-to-consumer business. “It’s the place where you realize your highest margins and make the most money.”

In her case, entering Sephora is what took Beautyblender — one of beauty’s most popular tools and with over 3 million Instagram followers — to another level of success. “All roads lead to Sephora,” she shared. While acknowledging today’s changed climate with the pandemic, she added: “There is no place better to be than in a Sephora with the strength of their teams and marketing and analysis and advice and support that allow you to really understand the ways to grow your brand. Sephora is king. For a young brand, it’s everything. Now you have Ulta, but there was no Ulta then.” 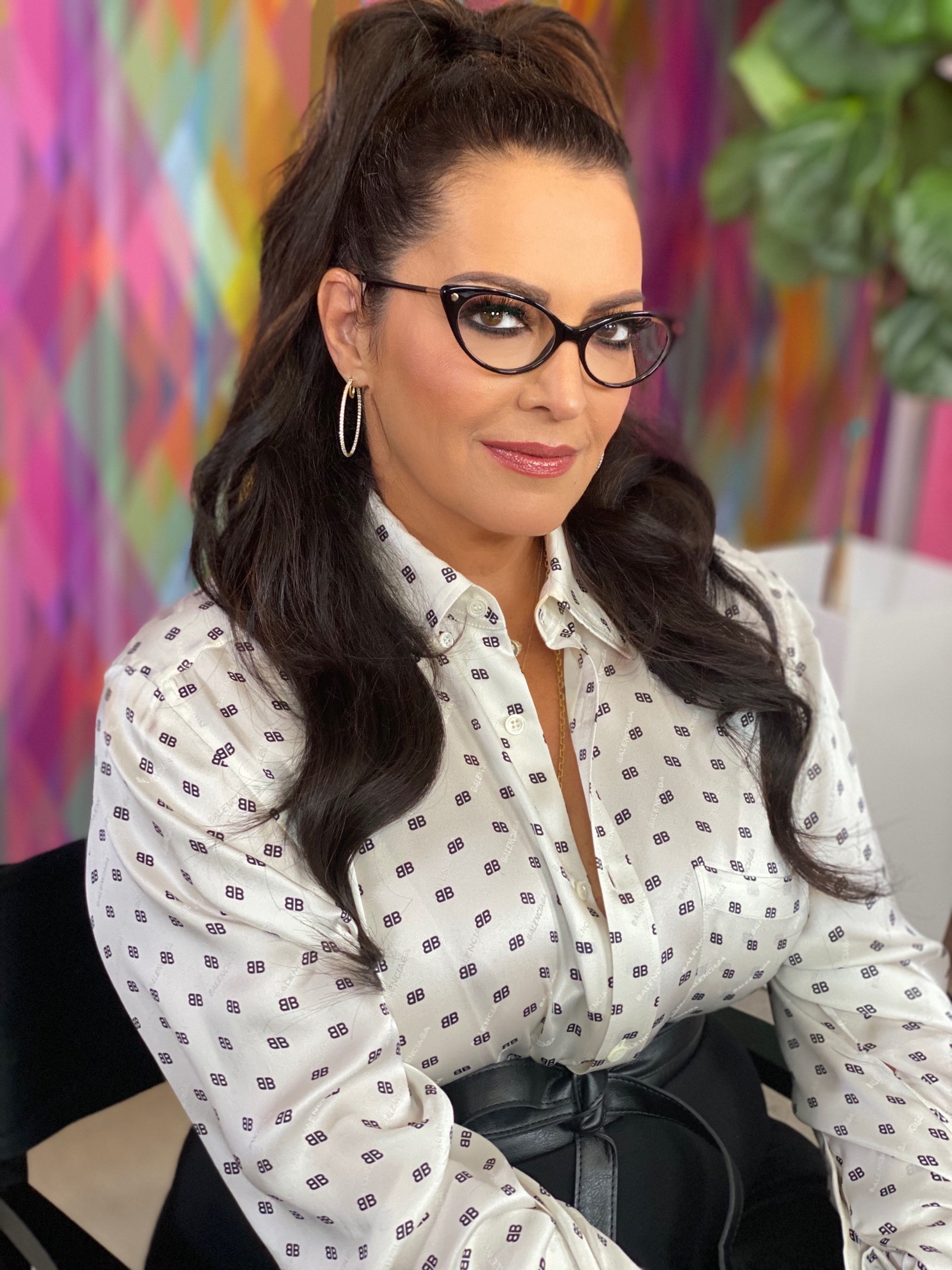 Offering a different perspective, Silva said there may be more Latinx-founded companies in the market than we realize.

“I feel like there are Latin creators, Latin people that are brand founders that you don’t know are Latin,” she said. “I think there are brand founders that just don’t celebrate their heritage, because it hasn’t been a popular characteristic to have. It all boils down to the unfortunate reality that we’re all experiencing now, that we live in — and there’s no other way to really say it than racism.”

Minorities simply want a foot in the door, and because of that, many have been hesitant to speak up about real world issues in the workplace, she continued.

“We all just want to get in there, so that once we’re in there, we can share,” Silva said. “If one of us is in there, we can bring more with us. I think that’s kind of always been the mentality. ‘I don’t want to be not considered for a job, so I’m not going to talk about things that are really important to me until I have the platform to do it.’”

Today “there’s no tolerance for that patience anymore,” she added. The Latinx community “isn’t the loudest” but must band together, she said, emphasizing the importance of voting come Election Day in November.

“We just haven’t organized and haven’t been loud enough about who we are,” said Silva. “My hopes and prayers are that more Latinx people are coming up with brand ideas. Now is the time to celebrate us more than ever.”