Since he officially took office in May, the new chief executive officer of Davines Group has been juggling between New York, where he formerly served as CEO of the company’s North American subsidiary for 13 years, and Parma, where the Italian beauty firm is based.

“It’s been a good first month. Intense, but it’s getting easier because I get to meet the people here, even if I continue to go back and forth,” he explained during his first interview in the new role, taking place en plein air in the lush botanical garden housed at the Davines Village headquarters.

While the spring, warm weather and blossoming of roses and peonies around him might have metaphorically suggested a rebirth, what Davines is experiencing with his appointment is an evolution rather than a fresh start.

The company, founded in 1983 by the Bollati family, is stepping in a new phase after former CEO Paolo Braguzzi exited the firm after 17 years. As reported, Braguzzi helped lead the transition to Molet over the past six months and will remain a board member of the company.

During his tenure, Braguzzi broadly contributed to scaling up the group in financial and reputational terms, as well as enhancing its distinctive holistic, sustainable mission, which was sealed by the B Corp certification in 2016 and an even higher certification score last year. When Braguzzi joined Davines in 2004, total sales were 27 million euros, while in 2019 revenues reached 163 million euros, making Davines one of the leading professional hair care players in Italy.

Raised in Giremoutiers, France, and a graduate of the ESLSCA Business School in Paris, Molet was identified as the perfect match for the job, not only for his international profile but mostly because he repeatedly proved his skills in the U.S. market, which under his tenure became the best performing one for the group. 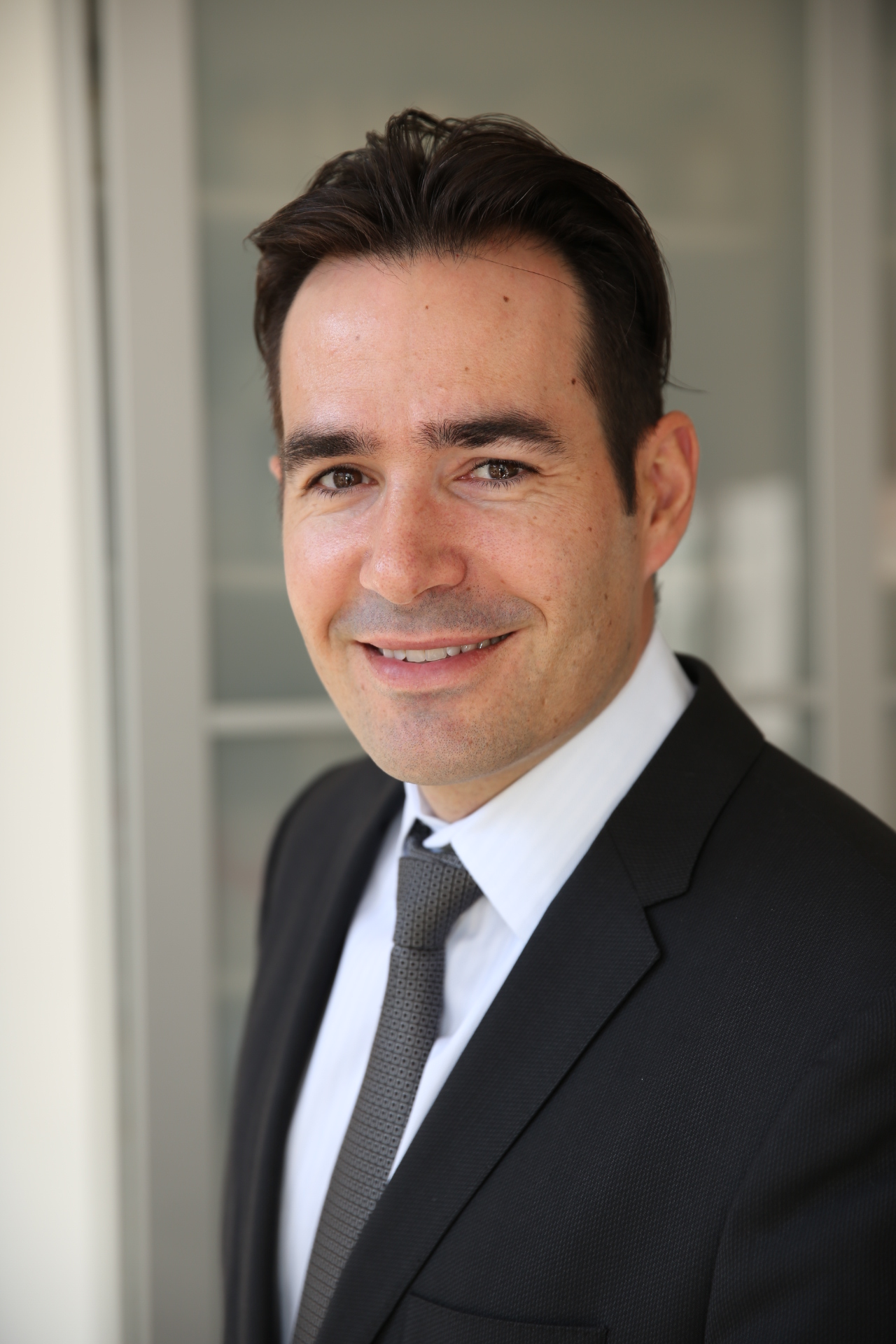 This achievement wasn’t dented by the pandemic, which last year interrupted Davines Group’s decade of double-digit growth year-on-year. Yet the company still managed to limit the losses, a tricky task considering that the firm operates professional hair care brand Davines and skin care brand Comfort Zone, and that the activity of hair salons and spas was significantly hit by the COVID-19 restrictions.

In 2020, the group’s turnover was down 6.2 percent to 153 million euros, but net profit grew 12 percent to 14.7 million euros. Over 78 percent of total revenues were generated outside Italy, with North America accounting for 35 percent of total revenues. The firm is present in more than 90 countries and in addition to New York has branches in London; Paris; Mexico City; Hong Kong, and Deventer, Netherlands.

“We closed 2020 with humbleness. For me it has been a very humble year: Many people lost their lives, millions of people lost their job and at the end we were very supportive of our team, we did not lay off anyone worldwide,” said Molet. “The beauty of working for a family company is that you also have to behave as a family when things get tough and I think that’s what we did. We were very strict with the management of our expenses and at the end we closed the year in a very profitable way.”

The human element will be a recurrent theme in the words of the executive, who believes that the best asset of the company today is its team.

This recently underwent other key changes, which further signaled how the group is aiming at scaling up its size. Following Mark Giannandrea‘s appointment at the head of the hair care division in 2019, this month Arnaud Goullin joined the group as global general manager of the skin care division.

Goullin formerly covered key corporate roles at LVMH, Shiseido and Estée Lauder groups in Europe, Asia and the Americas, specifically focusing on brand development in these markets, with projects ranging from the launch of Narciso Rodriguez in Italy to the rebuilding of M.A.C in China and Brazil.

At Davines, Goullin is tasked with putting together a strategy to maximize the potential of Comfort Zone, for which Molet is open to exploring a more digital-driven approach. 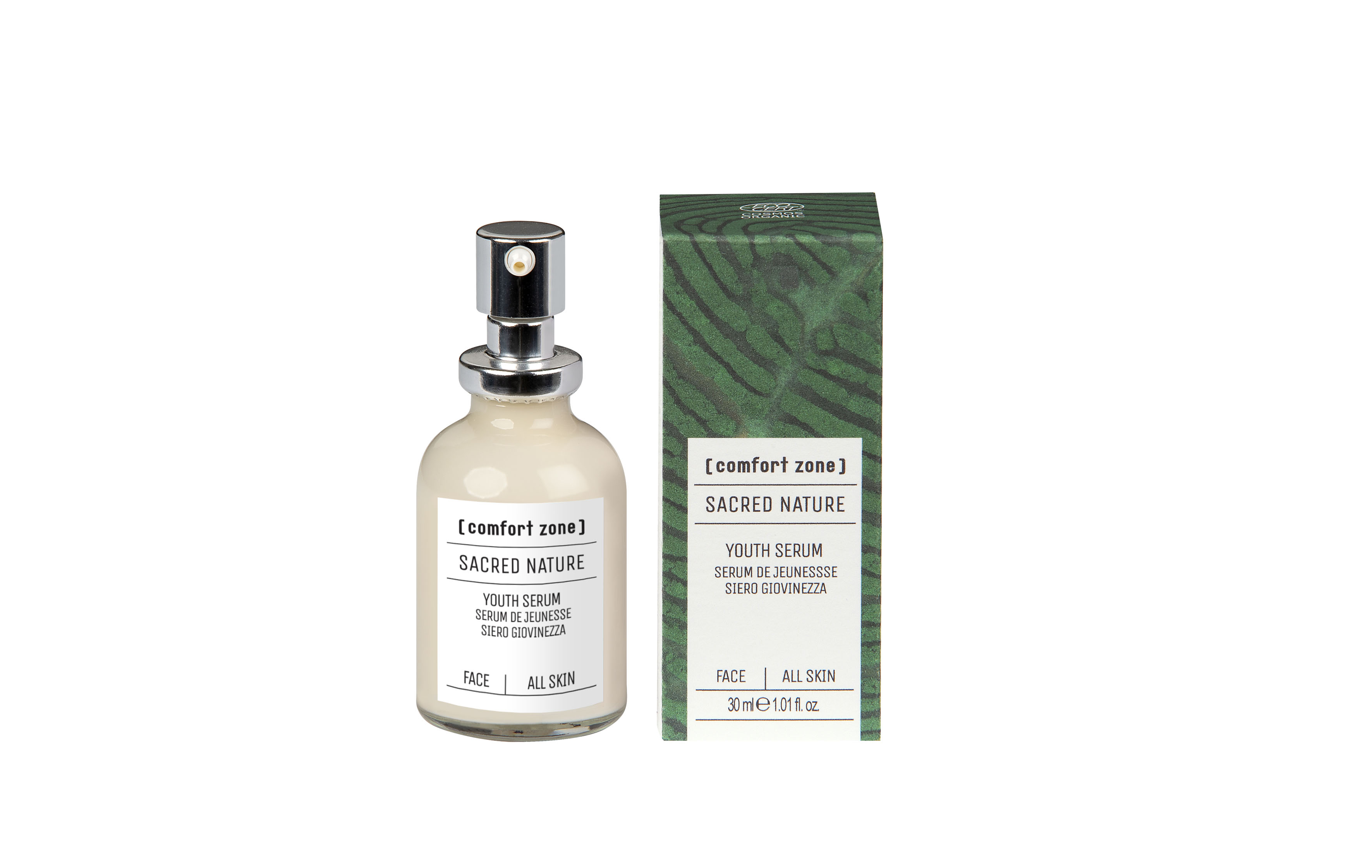 After Goullin, the next big appointment will be Molet’s replacement at the helm of the North American subsidiary, a role that is still vacant.

In mentioning another asset of the group, the new CEO credited the vision outlined by Davines Group’s president Davide Bollati “because today we happen to be in the best place that every company wants to be in but we’ve been there for so many years, so it’s a very comfortable position.”

Davines Group’s longtime expertise in developing high-performance, natural formulations, recycled and reusable packaging and implementing environment-friendly initiatives earned the firm both credibility and an advantage at a time when every business is trying to tweak its structure and product offering in a sustainable way.

“We still have a great opportunity in the field of sustainability, even though it’s getting a little bit crowded and green-washed. But we’ve been walking the talk for so many years that I think we have owned the respect of our competitors,” confirmed Molet.

The executive underscored that sustainability is here to stay for good, and that consumers will increasingly expect to buy products with a purpose, willing to even pay more for them.

This trend presents the biggest challenges Molet sees for the future: the access and procurement of raw materials and logistics. “The U.S. and Asian economy are booming and I believe that suppliers have been pressured by this increasing demand for green products,” said the CEO. “So far we are doing well, thank God we can always get our own ingredients when needed,” he added with a smile while looking around to the different species of plants and herbs in the garden, which are used to develop the new formulations. 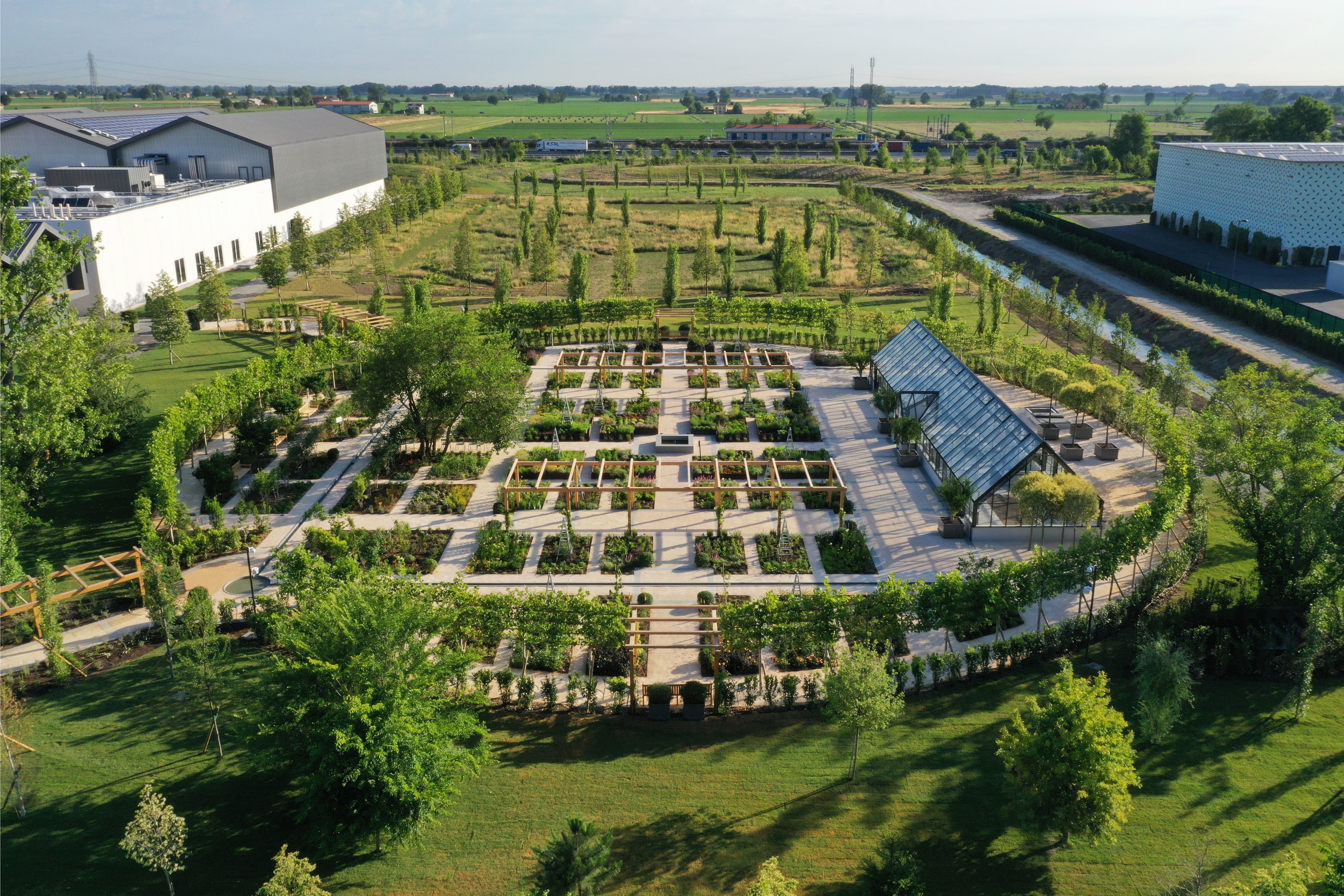 The botanical garden at Davines Village in Parma, Italy. Courtesy of Davines Group

Further backing his confidence, in the first four months of 2021 Davines Group registered sales of over 60 million euros, up 33 percent and 13 percent compared to the same period last year and in 2019, respectively. This acceleration encouraged the company to increase the budget for 2021 and forecast even better year-end results than initially projected, revealed Molet.

Asked if he thinks the pandemic disrupted consumers’ habits and frequency at hair salons in favor of treatments at home, he said that, on the contrary, it created extra work for the company’s community of hairdressers.

“For instance, box colors have been available for years, but I don’t think most people are enjoying doing their own hair at home and the rebound of the industry is showing that people are definitely going back to hairdressers,” noted Molet, who again underscored the relevance of the human relationship between professionals and customers “which is a very powerful tool we should not underestimate.”

In this landscape, the group’s strategy is to continue to build on the organic growth it experienced in the last two decades, seizing further opportunities in its core industry rather than looking for alternative paths.

“The professional salon industry is a big one and today I think we are slightly over one percent of market share, so we still see a lot of growth potential within our current distribution channel, starting from hair color,” said Molet. 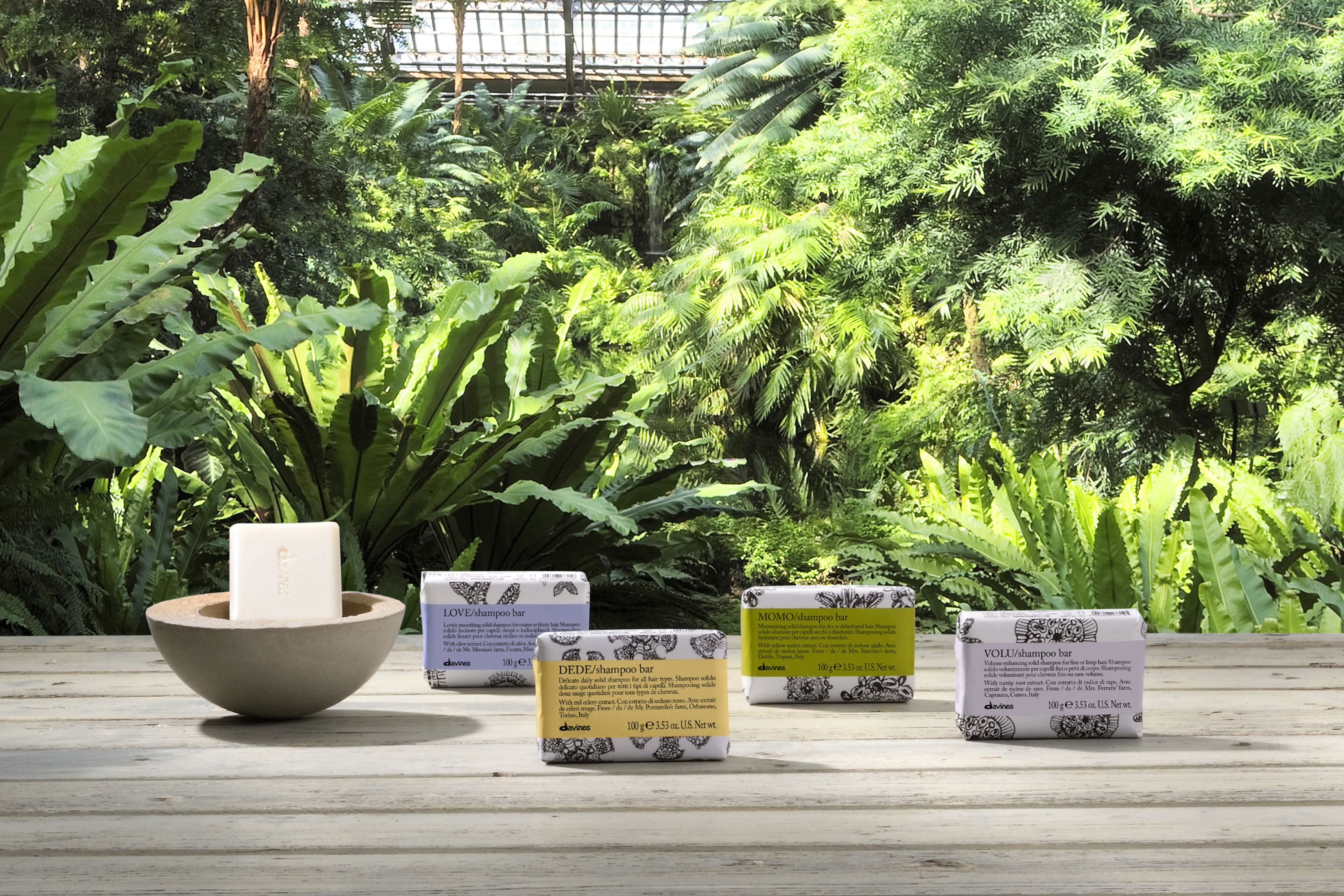 The Shampoo Bar range was launched earlier this year by Davines. Courtesy of Davines Group

Among the markets with a wide margin of growth, China is key but Davines’ business in the country is still limited due to animal testing procedures. “Lately the regulations are evolving and we could see an opportunity hopefully in the near future to be able to sell in Mainland China while avoiding animal testing,” said the executive, adding that India is also taken into consideration but represents a “much longer journey for us.”

Meanwhile, Molet sees a lot of potential even in the company’s consolidated markets, including North America. So far, the key to the success in the region has been consistency and the trusting relationship the firm has developed with its network of local players and family-owned, independent distributors, said Molet. This bond was further supported during the pandemic with a little help of the Davines online store.

“E-commerce obviously took us positively by surprise during COVID-19 but it also enabled us to support our distributors. We were very generous in terms of payments because at least we had that cash flow coming from the online store,” recalled Molet, adding that the growth of the channel additionally sustained investments in digital advertising, that eventually further benefitted the hairdressers.

“That’s what I learned during my experience in the U.S.: The number-one lesson is that no matter how big we become, we have to keep the company human. It’s important to keep this human side because I think that a lot of larger players have lost this touch, so if we can maintain it, we will create a competitive advantage for the company,” concluded the executive.